Living in Texas: 5 Reasons to Move to Dallas-Fort Worth

With numerous metropolitan cities, living in Texas is very different than some may believe. Dallas-Fort Worth is home to many national and international business entities, a vibrant multicultural community, and abundant recreation opportunities.

Home to over 26 million people, Texas is one of the most populated and diverse states in the country. With numerous metropolitan cities, living in Texas is very different than some may believe. Movies and popular culture have long portrayed Texas’ ties to the cattle industry and Southwestern culture more prominently than other notable characteristics of the state. The truth is that Texas, and Dallas-Fort Worth in particular, is home to many national and international business entities, a vibrant multicultural community, and abundant opportunities. Following are five of the major benefits to living in the DFW Metroplex.

While it’s common knowledge that Texas has a long, rich history with Mexico and its culture, many are surprised to learn that the state has strong ties many other cultures as well. For example, early German and Czech settlers have a strong influence in various regions of the state. Today, Dallas-Fort Worth is home to many first and second-generation immigrants from Asia, Europe, Central America, and Africa. DFW offers houses of worship for nearly every major world religion and the area is home to the state’s largest Jewish population.

According to Forbes.com, Dallas and the surrounding communities enjoyed a job growth rate of 2.6 percent in 2013 and an unemployment rate of 5.2 percent. With a strong economy, workers can find job in nearly any industry including technology, finance, aviation, and oil and gas. American Airlines, Frito-Lay, Dr Pepper, and JC Penney have headquarters in the Metroplex.

Living in Texas is often more affordable than other states. According the BBC, land is cheaper than other states. Forbes.com lists the DFW median home price as $188,000. Texas is also unique in the fact that residents do not have to pay a personal state income tax.

Since Texas is one of the largest states by area, living in Texas offers many opportunities for in-state travel. With forests, beaches, desert, and rolling hills, there is no shortage of day and weekend trip options. From quaint bed-and-breakfasts in the Hill Country to inner-tubing on one of the state’s gentle rivers, the Metroplex is a great central location for exploring the rest of the state. Dallas-Fort Worth is only a few hours from other major cities, too, including Austin, San Antonio, and Houston.

Texans have a reputation for friendliness. Even in the state’s larger cities, it is not uncommon for strangers to greet one another. Many of the state’s largest metropolitan areas rank quite high on “happiness indexes” on various polls. According to MarketWatch, DFW is the “happiest” area among the United State’s top 10 markets.

Diverse and friendly, Dallas-Fort Worth offers something for everyone. These are just a few of the many advantages Texas has to offer newcomers.

It is not Arizona or Florida, with acres of planned communities and golf courses, but an increasing number of active baby boomers are settling in the Dallas-Fort Worth Metroplex. Why? What are the...
Adrienne Cohen Sep 30, 2013 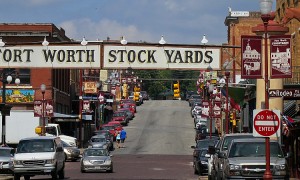 Dallas vs Fort Worth: Which Is Right for You?

The rivalry between Dallas and Fort Worth has gone on for decades, perhaps even as far back as the 1800s, when these settlements got their start as American cities. Urban versus country, techy versus...
Tiffany Aller Dec 4, 2014 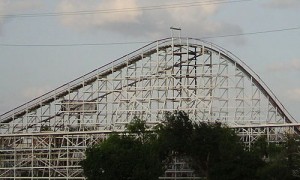 Day Trip Ideas in Dallas-Fort Worth

When you want to escape bustling city life and take a break from work and your hectic schedule, sometimes a day trip is the perfect method. Fortunately, Dallas-Fort Worth offers an abundance of fun...
Lindsey Chamberlain Jun 6, 2014
https://6nb29bly7g.execute-api.us-east-1.amazonaws.com/ProdStage