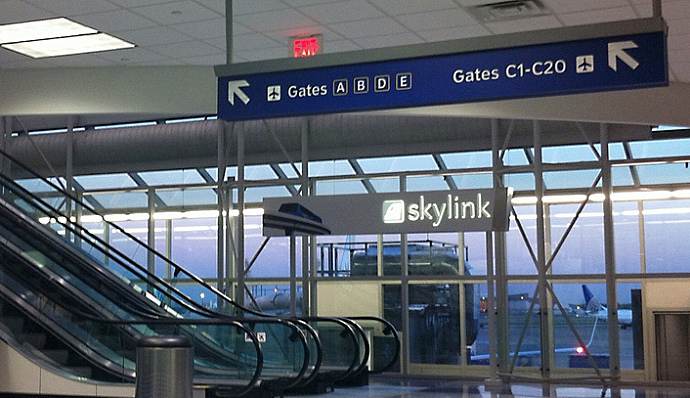 With a major regional airport between the two cities, Dallas and Fort Worth enjoy unparalleled access to convenient air travel. Dallas residents also benefit from the existence of Love Field, home to Southwest Airlines, within its boundaries.

In general, the Dallas/Fort Worth Metroplex is easy to travel to and from. Dallas travel for those arriving by air is also convenient. Whether you travel frequently for business or pleasure, leaving town by air is easier here than in many major cities across the country, even though the Metroplex area currently ranks fourth in total population in the United States.

DFW Airport, located roughly halfway between the two cities, was completed in the 1970s and is undergoing renovation, which makes for some interesting traffic situations on occasion. Still, the 40-year-old airport is a marvel of efficient, functional design, and its ability to move a lot of people in and out — both in the air and on the ground — is well documented. Freeway construction promises a faster trip to the airport from many urban and suburban locations as projects are completed. The airport also has both north and south access routes, easing approach to the gates.

Southwest Airlines Is at Home in Dallas

Dallas itself is blessed with in-town Love Field, home to Southwest Airlines and a hands-down favorite for many frequent fliers. Access is easy; airport parking is still reasonable; a new terminal just opened; and the “LUV Airline” has a loyal following. Almost due north of Dallas, Addison has another airport for corporate and private use.

Many North Dallas neighborhoods, including renowned Highland Park, University Park and Turtle Creek, as well as Uptown and close-in northern suburbs such as Addison and Farmers Branch, are situated close to Love Field, some literally just a few minutes away.

If selecting a house in this area hinges on proximity to an airport, where do you concentrate your search? The answer may be a little more complicated than you would expect.

First, the land area is huge, and total distance in miles from an airport is less important than freeway routes. Some highways are notoriously jammed and slow during rush hours. Improvements to existing routes and new tollways should eliminate some of that congestion, however, within a couple of years. Conversely, some far-flung communities with easy access to new “loops” and interstate-linked routes boast minimal travel time to DFW International, often measured only in minutes.

Secondly, all airports are north of the cities’ downtowns. Even Alliance Airport, which is the nation’s prime 100 percent commercial facility, designed for industrial and corporate aviation, is located north of Fort Worth. If air transportation is a major determinant for your housing search, it is only prudent to look in areas north of the city centers. That does not mean, however, that you must trade city conveniences for airport accessibility.

The “Mid Cities” area — Irving, Grand Prairie and Arlington — and the communities bordering the northern boundaries of Dallas and Fort Worth will generally have shorter overall travel times to the airports than other outlying communities. But even that statement has its exceptions. Communities adjacent to DFW Airport, such as Colleyville and Grapevine, were once favored by pilots and flight crews and still offer unequaled convenience. However, the character of a neighborhood is often deemed more important than its airport proximity.

The truth is that travel to the airport, no matter which one you frequent, is easier and faster here in Dallas than in most other parts of the country. Also, most of the time, weather is clear and road conditions are not often an issue.

When you’re ready to leave town, getting to the airport requires only a little planning, no matter where you live.

While Texas may be known for its famous country musicians, the state also boasts a deep rock-and-roll and blues legacy. Dallas-Fort Worth locals and visitors have an abundance of musical festivals...
Lindsey Chamberlain Sep 24, 2013
https://6nb29bly7g.execute-api.us-east-1.amazonaws.com/ProdStage