Get to Know Girard Estates, a Bit of Suburbia in South Philly

Are you looking for a home on quiet, tree-lined streets, but still want to be close to the hustle and bustle of the city? Consider Girard Estate, a small neighborhood deep in South Philly. It’s a bit of suburbia right in the city.

If you’ve found yourself dreaming of moving to the suburbs, but find that you aren’t quite ready to say goodbye to the city of Philadelphia just yet, you might just need a change of neighborhood. While some South Philly neighborhoods, like East Passyunk and Point Breeze, get all the buzz, there are plenty of other areas in South Philadelphia to choose from. Girard Estates is an example of a quiet, nearly suburban neighborhood in South Philly. The history of the area and its amenities make it just a bit different from other neighborhoods in the city.

Girard Estates is named after Stephen Girard, a banker and philanthropist who lived in the late 18th and early 19th centuries. He was thought to be the among the richest men in the U.S. when he died. Because he didn’t have children of his own, at his death, his money went to creating a boarding school, Girard College, which gives boys (and now girls) a free education. During his lifetime, he owned a large farm in South Philly. After he died, he left the farm land to the city, which then built nearly 500 semi-detached rental homes on the estate. In 1950, the city decided to sell the homes, and every one of them was purchased within a few years.

The houses you’ll find in Girard Estates are different from the homes available throughout the rest of South Philly. Although there are a few rowhouses along the eastern edge of the neighborhood, what defines the area are the number of semi-detached twin houses throughout it. The architectural styles of the houses include Tudor, Colonial Revival, and Mission. The average listing price of homes in the neighborhood was $259,487 in August 2016.

Inventory is usually pretty low in Girard Estates. There are fewer than 500 homes in the neighborhood, and often just a handful are for sale at any time. That means if you’re thinking of making the move to the area, you’ll want to keep an eye out for available houses and act quickly when you see one.

What besides its distinct housing stock sets Girard Estates apart? For one thing, the neighborhood has an ample number of trees. Most of the streets are lined with large, mature trees, which provide plenty of shade and pretty foliage in the spring, summer, and fall.

At the heart of the neighborhood is Girard Park, which has benches and paths for strolling. Stephen Girard’s summer home still stands in the middle of the park, but isn’t open to the public. A friends group helps keep the park clean and organizes a number of community events, such as movie nights and flea markets.

Other amenities in the area include a large branch of the Free Library, easy access to grocery shopping at either Acme Markets or Shop Rite, plus several big box stores and chain retailers in the nearby Quartermaster Plaza. The neighborhood is located pretty close to an on-ramp for Interstate 76, for those times when you need to leave the city. It’s also served by a number of SEPTA bus routes, including the number 7 and number 17.

If you’d like to live in a quieter part of town, but don’t want to escape the city entirely, take a look at Girard Estates. You’ll still be close to all the highlights of South Philly and Center City, but you’ll get to a call a quiet pocket of the city your own. 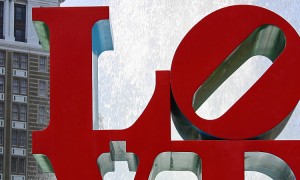 What’s to Love about Living in Philly

Why do you love Philly? The city has a lot to offer. From its fantastic parks system to its ever-evolving restaurant scene, there are plenty of things that make living in Philly great. Philadelphia...
Amy Freeman Jul 11, 2016

Is the Fairmount section of Philadelphia the right neighborhood for you? The area is full of restaurants, boutiques, and parkland. But, for all the good, there are some cons to living there. Find out...
Amy Freeman Aug 1, 2014
https://6nb29bly7g.execute-api.us-east-1.amazonaws.com/ProdStage