Manhattan Neighborhoods That Have It All

People come to Manhattan to experience its cultural vibe, take in its fantastic sights and attractions, and enjoy its world-class eateries. We explore some of the Manhattan neighborhoods with more than their fair share of NYC fab.

People don’t move to Manhattan because they crave uniformity. Manhattan is the wildly diverse cultural mecca that so many people dream of. The great thing about Manhattan neighborhoods is that they each have their own distinct style: Chelsea’s a little bit sassy but has a lot of flair, while Greenwich Village has always been the rebellious but much-loved wild child. Read on for the lowdown on three Manhattan neighborhoods with a healthy dose of what makes New York City fabulous.

If you’re not going to make it to Seoul this year, heading over to Koreatown (or K-Town) would make a terrific backup plan. More of a street than a town, this little stretch of 32nd Street between Broadway and Fifth in the heart of Midtown is a bustling mix of commercial buildings, small Korean businesses, and authentic Korean restaurants. Korean cuisine aficionados and wannabees alike can chow down on some spicy bibimbap or some galbitang at the ever-popular (and Gilt-approved) Miss Korea Sun restaurant, overseen by chef Sun Kyu Lee. Get coiffed at the Kim Young Sun salon, get eyelashes out to here from G-Lash, and get your groove on at the 5 Bar Karaoke Lounge. Sure, some of 5 Bar’s songs may have mismatched audio and video tracks, but the place is popular with the locals.

When it comes to rating Manhattan neighborhoods, it’s impossible to overstate the West Village’s role as cultural arbiter for the city. This slice of downtown Manhattan is a swirly-whirl mix of tiny, cobblestoned streets and commercial thoroughfares filled with creatives and hedge-fund-money types, with a close-knit sense of community that manages to keep it all feeling sane. Dreamers from Oshkosh to Rio flock to this idyllic part of town every day to replicate the stylish West Village lifestyle they’d seen captured so perfectly on shows like Friends and Sex and the City. The area’s beauty and style can almost be a little overwhelming, with the hushed, green beauty of streets like Bank Street intoxicating the senses and the hot-spot-filled Gansevoort Street beckoning with supermodels and swank hotels. Cuisine from every corner of the world can be sampled here, whether it’s New Zealand snapper sashimi from Jean-Georges’ Perry Street or fish tacos from Mary’s Fish Camp so good they’ll make Californians wave the fish taco white flag in defeat.

NoHo (short for “north of Houston Street”) is an area that some would say is just as cool as, if not even a little bit cooler than, its more famous siblings, SoHo and Tribeca. If everyone around you looks like they’ve stepped out of a magazine — well, they probably have. Modeling agencies, advertising agencies, and tons of other creative businesses call NoHo home. This neighborhood’s also got culture in spades, with NYU’s Tisch School of the Arts and the Joseph Papp Public Theater being just some of the area’s smartsy-artsy venues. Hungry? Head to Balthazar. Who cares if it’s considered touristy to order the streak frites and the onion soup? They’re delicious. Good luck getting a table, but if you’re willing to go there on at 11pm on a Friday night, it’ll be worth it. And if not, there are tons of other restaurants ready to quench your thirst and satiate your appetite. If loft living is your thing, NoHo’s your place — but you’ll find brand-new luxury high rises dotting the landscape here, too.

Living in Lower Manhattan: Everything's Great When You're Downtown
Urban Dwellers, Use These Tips to Make Your Cramped Space Look Bigger 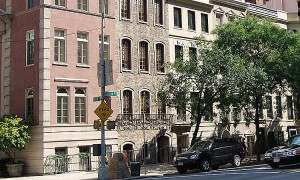 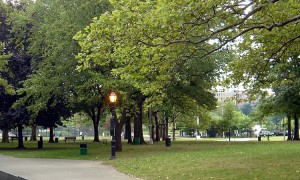 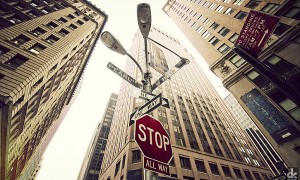 New York Neighborhoods with the Best...

One of the key factors for people looking for a place to live in New York City is how close the new place is to transportation and work. The following neighborhoods are great options for people...
Sakai Blue May 21, 2014
https://6nb29bly7g.execute-api.us-east-1.amazonaws.com/ProdStage