Why You Should Move to Downtown NYC

Living in downtown NYC or uptown NYC is the big question for many people moving to the city. Both parts of the city have their own distinct personalities. Following are some of the reasons you may want to live downtown.

If you’re trying to choose between living in downtown NYC or living uptown, the struggle is real. It’s not a myth; the differences between uptown and downtown are real. Uptown is generally considered more of a family-friendly, slower-paced part of town, while downtown is much more hip and “happening.” If you’re the kind of person who isn’t affected by your environment at all, the choice is a lot easier. If you’re like a lot of people, however, your location will affect your day to day. Following are some of the reasons that things will be great if you are downtown.

It’s a Great Place to Live Before You Settle Down

Downtown NYC is like a magnet; everyone is drawn to the area. People who live uptown come downtown to party. The area is lively and happening, filled with things to do at every turn and corner. This is great for someone who isn’t yet tied down with the responsibility of a family.

There May Be Relative Deals on Housing

Even though living downtown is generally more expensive than living uptown, there are deals to be had, especially if you steer clear of high-priced areas like Tribeca and the West Village. The East Village, Alphabet City, and the Lower East Side are home to some pretty good deals rent- and mortgage-wise, especially when compared to their western counterparts, leaving more money in your pocket for more important pursuits.

You’ve Got an Active Social Life

If you’re an extremely social person, downtown is a natural fit for you. It’s an extrovert’s paradise, with events, bars, and restaurants geared towards people who like to be seen and heard. Close proximity to the hottest events in the city means that enjoying an important part of your life will be a cinch, not a chore.

Because downtown apartments tend to be a whole lot smaller and way more expensive than those found uptown, they’re a perfect fit for people for whom being close to the action is more important than the size of the apartment they live in. If vibe trumps space for you, you won’t mind spending more for less.

You Take Advantage of What the City Offers

Downtown is a gastronomist’s paradise, a shopper’s paradise, and an art lover’s paradise. This means that by living downtown, you’re within arm’s length of everything that makes this city worth living in for you. 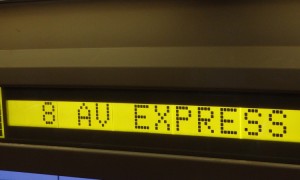 Living in Uptown NYC is a Great Idea Because...

If you're thinking of living in uptown NYC, there are several things you should think about before you sign a lease or take out a mortgage. If you have a downtown personality, living uptown may not...
Sakai Blue Jun 26, 2015 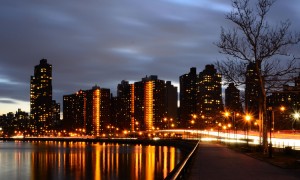 Should You Move to Yorkville?

Yorkville, the perfectly lovely Upper East Side neighborhood, suffers from a bit of an identity crisis: It doesn't have one, at least to outsiders. Thanks to the imminent arrival of the Second Avenue...
Sakai Blue May 13, 2015
https://6nb29bly7g.execute-api.us-east-1.amazonaws.com/ProdStage