24-Hour City! Things to Do in NYC While Everyone Else Sleeps

New York is a 24-hour city that other cities envy. One of the best things about living here is that while the rest of the country slumbers, NYC continues to rock and roll along. Looking for something to do after the 11 p.m. news? Check out below.

New York is truly a 24-hour city. Other cities won’t admit it, but they envy our ability to keep on rocking long after every other city has shut down for the night. NYC is a city filled with people who work crazy hours or late into the night. It’s a city where tourists flood Times Square at 1 a.m. in the summertime, so it makes sense that there are establishments that take care of the people for whom “off” hours are “on” hours. Listed below are a few places to check out when sleep is far away.

Last-Minute Date and Your Hair or Nails Look … Not Pretty

You’ve been asked out for late-night cocktails, but your auburn locks have straggly ends. Or you have a just-scheduled interview for the job of your dreams tomorrow morning, but your nails have been chewed to the nubs. Don’t fret: That’s what open-til-midnight Cleo Spa & Salon is for. If you’re super pressed for time, this is the place to go to get a last-minute blowout or a long-overdue mani-pedi. Some may think it’s a tad bit overpriced, but the sleek, shiny decor, friendly staff and the fact that it’s open late make it worth it.

You Wake Up at 11 p.m. with an Insatiable Urge for Sushi

If you’ve got a near-midnight craving for burgers or fries, you can rifle through your fridge and heat up some frozen french fries. If you’ve got a middle of the night craving for sake don, there’s nothing in your fridge to tame that urge. That’s where Sushi Seki comes in. A favorite of top chefs from around the city, as well as raw fish foodies, this exquisite sushi spot is open way after other restaurants have thrown in the towel for the night. And yes, the salmon is as buttery and fresh at 2 a.m. as it is at mid-day.

You Ate a Ton, and Now Feel Like an Oaf; You Want to Work It All Off

Going out and being able to take part in this 24-hour city’s culinary delights at any hour of the day is one of the perks of living here. That convenience also makes it easy to over indulge. This over-indulgence is often followed by a bout of guilt and a sudden and insatiable urge to work out. If you live out in the country and you eat too much, you pop on down to your in-house workout room and do a few lunges and squats. If you’re here in the city, you can head to a 24-hour gym. These workout palaces were specially built for everyone ranging from people who work weird hours like airline pilots to people who get secret satisfaction from pushing their bodies to the limit while the rest of the city sleeps. Synergy Fitness is one such gym. With 10 locations throughout the city from Little Italy to Queens, it’s got everything you need to get satisfy that 2 a.m. workout itch. The best part about it is that the gym is stocked with all the equipment you’d find at pricey gyms but at a fraction of the price. 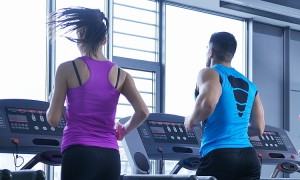 Best Ways to Get a NYC-Style Workout

Getting in a NYC-style workout can be a challenge for busy urbanites. But with so many options available most any time of day, there are few excuses one can come up with to skip a workout. In the...
Carol Ruth Weber of weberlifedesign.com May 12, 2016 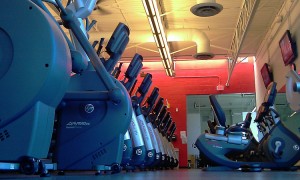 The New York fitness scene comes alive in the spring. People coming out of hibernation with extra pounds packed around the middle are determined to find a workout routine that gets them back on track.
Sakai Blue Jun 10, 2015 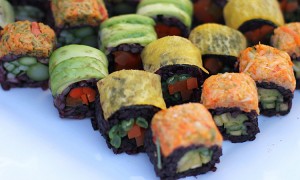 When figuring out where to eat in NYC, it's easy to think that you'll need to decide between paying your rent and enjoying a fabulous feast. Luckily, the city is filled with amazing places where you...
Sakai Blue Jul 3, 2014
https://6nb29bly7g.execute-api.us-east-1.amazonaws.com/ProdStage