A Little Bit About Bushwick

Once upon a time, Bushwick was synonymous with urban decay and crime. Today, it’s one of the hottest neighborhoods in Brooklyn and shows no signs of slowing down. Check out the following if you’re thinking of moving to this northern Brooklyn neighborhood.

Once upon a time, Bushwick was a neighborhood synonymous with urban decay, crime, and a forgotten populace. Today, the nabe is home to stores where you can buy fancy kale and luxury kicks right around the corner before heading in for the night. The neighborhood, bordered by Ridgewood, Bed Stuy, East New York, and Williamsburg, grew from its originally Germanic roots into a predominately Hispanic residential area in the later part of the 20th century. The neighborhood, a mixture of poor and working-class families, took a turn for the worse after the big blackout that hit NYC in the summer of 1977. Bushwick’s streets were overcome by rioters, many of whom burned down a large number of neighborhood stores and businesses. Drug crime and violence overtook the neighborhood for many years.

Bushwick only started to recover when a mid-2000s revitalization program called the Bushwick Initiative was introduced to help heal the area. Improvements to the area created increased interest from young professionals, artists, and families who’d been priced out of other parts of the city.

Thinking of Buying a Home Here?

If you’re thinking of buying a home here, you won’t be alone. It’s predicted that Bushwick will be one of the hottest neighborhoods to buy a home in 2017, prompting homebuyers from around the city to take a closer look. Median rents clock in at between $2,400 and $2,800 per month for a two-bedroom, while median home sale prices for single-family homes are a bit over $972,500. With prices for single-family homes in nearby Bed Stuy starting at $1.5 million, it’s clear that there’s still value in the area, but you’ve got to make your move. Speak with a real estate agent about your needs so that you can make your move. Expect to find two- and three-family brownstones and townhomes as well as loft conversions.

Like most up-and-coming areas, the neighborhood attracted artists first, and their presence is everywhere in the form of galleries, exhibitions, and local street art. Thanks to the neighborhood’s proximity to the L train, you’ll find everything from amazing restaurants to cools shops popping up all along the nabe’s main arteries, including Wyckoff, Cypress, and St. Nicholas Avenues. There’s an electric vibe in the air as the blending of old and new continues. A movement is underfoot by the grassroots arts organization the Bushwick Collective to help ensure that the neighborhood doesn’t lose its artistic heart as rents and prices continue to rise. 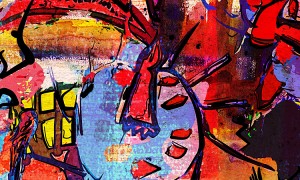 Find Art in NYC Without Breaking the Bank

If you're trying to find art in NYC and you're on a budget, you're in luck. NYC is one of the best places in the world to find amazing art at prices most people can afford. The following list of...
Sakai Blue Jul 8, 2016 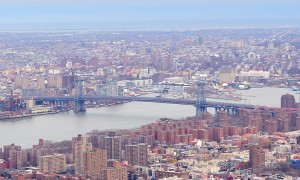 Living In Williamsburg: Is It the Right Move?

If you're thinking of living in Williamsburg, you were probably seduced by the hype surrounding a section of Brooklyn that has achieved near mythical status. Before you set foot in the area, read on...
Sakai Blue Dec 1, 2016 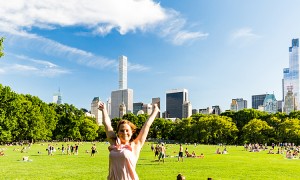 Where to Live in NYC: What to Consider

Figuring out where to live in NYC can be difficult, especially when weighing considerations like budget and schools. Following are some neighborhoods that you may want to consider, depending on your...
Sakai Blue Sep 12, 2016
https://6nb29bly7g.execute-api.us-east-1.amazonaws.com/ProdStage