Best Routes to Take to a Jaguars Game

Getting to a Jaguars game and tailgating on a Sunday can be easy with a little bit of planning to determine how you’ll get there and where you’ll park. Here are some possible routes to take to EverBank Field on Sundays this season.

One of the great things about living in Jacksonville is the opportunity to attend NFL games. Jacksonville is home to the NFL’s Jaguars. New owner Shad Khan is infusing new life into the franchise, so plan your Jaguars game day experience now, and start by getting to the stadium!

Two parking groups, the Jacksonville Jaguars and Tailgaters Parking, manage parking for EverBank Field. The Jaguars oversee parking in the lots immediately adjacent to the stadium, with premium parking reserved for premium ticket holders. Along the southern periphery of the sports complex under the Hart Bridge Expressway, there are general admission parking areas on a first-come, first-served basis on game day. Lot Q at Metropolitan Park is reserved for RVs and oversized vehicles.

Tailgaters Parking operates a number of lots east of Talleyrand Avenue, which are fenced, gated, and patrolled by off-duty Jacksonville Sheriff’s Office deputies during game day. Tailgaters Parking also offers RV and oversize vehicle parking as well as an on-site dump station. Along Talleyrand Avenue, experience the Touchback Shack, an open-air pavilion with a restaurant and full bar. Four televisions line the walls, allowing you to take in pregame shows simultaneously from various networks.

All parking facilities open two to three hours before kickoff and remain open two hours after the game ends. If parking lots are full by the time you make it downtown, area residents will sometimes offer parking for a fee at their residence.

If you’d like to leave the driving to someone else, the Jacksonville Transportation Authority (JTA) operates shuttle services from a number of areas. For $12 per person round trip, JTA will pick you up at the shuttle lot and drop you nearly in front of the stadium. Shuttles begin running two hours before game time and continue two hours after completion of the game.

Mandarin: at the corner of San Jose Boulevard and Marbon Road

For additional shuttle locations closer to the stadium, JTA has information available online.

Boating to a Jaguars Game

Football in the South is as much about tailgating and the pregame experience as the game itself. Make your game day experience one to remember by tailgating with your friends and fellow fans.

Jacksonville Jaguars routes to the stadium 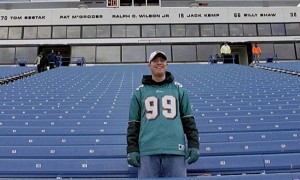 Jaguars Game: Hints and Tips for a Great Time

Whether you're a die-hard fan or have never seen a live football game, going to see the Jacksonville Jaguars is a fun way to spend the day. Find tips and hints on ways to up the enjoyment and turn...
Anne Baley Nov 8, 2013 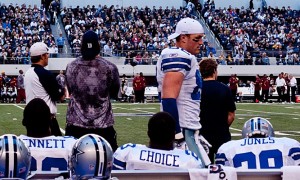 Travel to Arlington on Cowboys game day can be an exercise in judgment and patience. Options such as extended tailgate parties or riding a "party bus" can alleviate some of the stress, but getting to...
Adrienne Cohen Nov 11, 2013 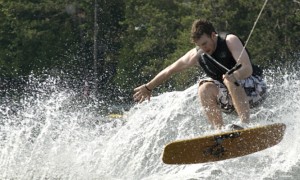 Neighbors of Jacksonville's EverBank Field are lucky football fans. Not only do they have a short commute to see their beloved Jaguars play, they also live in a neighborhood with a diverse group of...
Anne Baley Nov 18, 2013
https://6nb29bly7g.execute-api.us-east-1.amazonaws.com/ProdStage