Driving in San Antonio has its own style, just like any other large city. Whether it’s navigating the various loops, avoiding rushing water during a heavy rain, or learning to love the frontage roads, you’ll soon be driving like a local with these tips!

So, you’ve moved to Texas. Welcome! You will need to learn some lessons about driving in San Antonio! Just like every other city, driving here has its own style and nuances. It can be a little intimidating at first, but with some practice you’ll be driving like a local in no time! Here are some helpful tips to get you started on the right path.

Driving in San Antonio will give you an appreciation of the glory of frontage roads!! If you have lived or driven in other large cities, it’s possible that you have encountered these previously. I had limited exposure to them in Louisiana, but they were called “service roads.” It’s essentially the same thing. A frontage road runs parallel to the main highway and acts as a conduit for all cars entering and exiting the highway. It also serves as the access road for the businesses along the highway. The biggest thing to remember is that even though the sign may say this is your exit, you may drive on the frontage road for several miles before actually reaching the street you want. It’s easy to get confused and start panicking. Just relax and go with the flow. You will learn to love using these arterial streets. When traffic backs up, just take the frontage road. Seventy-five percent of the time, it works out in my favor and is faster. If you are a nerd, like me, you might enjoy looking at all the different freeway system maps.

Because the frontage roads are almost always one-way, driving in San Antonio usually includes the use of a turnaround. At nearly every major intersection, there is a U-turn lane called a “turnaround.” It does exactly what you would expect, it leads to the frontage road in the opposite direction. Personally, I find them extremely helpful. If I miss my turn somewhere, I can simply loop around and try again. Some people find them nerve-wracking, but I think they are great! Just make sure you don’t get stuck in the U-turn lane when you actually want to turn left or else you’ll get the chance to do it all over again! Speaking of turnarounds, driving in San Antonio will soon teach you the popular saying, “Turn Around. Don’t Drown!” The city is basically built on rock. Therefore, when the rain downpours heavily, the water has nowhere to go. It quickly finds its way to the lowest lying areas, which are usually exit ramps and frontage roads. Many times, there is no way to tell how deep the water is. It is strongly suggested that you do not attempt to navigate such a situation. The water will disappear soon enough. It’s best to find an alternate route on higher ground.

4. Everything Seems to Be a Loop!

You won’t be driving in San Antonio long without seeing a sign with the word “Loop” written on it. The major road systems resemble a wagon wheel or spider web design. There are several Loops in the city. The two most notable ones are Loop 410 and Loop 1604, each making a circuit around the ever-expanding city. Loop 410 can be a little confusing. You need to pay attention to the directional description. Southwest Loop 410 is a far cry from Northeast Loop 410. I’d suggest a good GPS system for your first six months or so.

My first month driving as a San Antonio driver was filled with wonder, awe, and constant confusion. I had never lived in such a large city. Actually, the seventh largest in the country! I was not accustomed to many of the unique road features. One of the more fascinating was the use of multi-level highways. If you are traveling on I-10 between downtown and Northwest Loop 410, you’ll see what I mean. At one point, the highway splits into upper and lower levels. Then after a few miles, it rejoins itself. At first, I was completely mystified by this. However, I now see it as a brilliant, space-saving technique. By splitting the highway, they can double the road capacity using much less space because the upper decks overlap the lower. It’s pretty cool. Other cities should take note! I won’t name any names, but other cities in which I have lived and worked have far worse traffic than San Antonio, Texas! As large as this city is, the traffic moves along pretty steadily. Naturally, there are times when it’s worse. Just learn the surface streets and frontage roads and you will be just fine. I will admit that the traffic was a pleasant surprise when I moved here. I am still getting used to the sheer size and travel distances, but at least I am not at a dead stop on the freeway!

These are just a few of the interesting, quirky, and unique lessons about driving in San Antonio. The rest of you will learn through practice. I wish you the best of luck and welcome you to an awesome city!

Refresh Your Home for Spring
Thinking of Building a New Home? Consult a Real Estate Professional 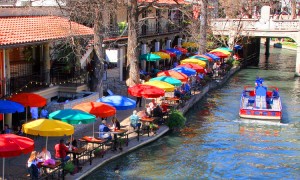 Whether you just moved here or are a life-long resident, you'll love this list of must-see San Antonio spots! Check out some awesome places to relax, unwind, or take in the beauty that is San...
Stephen Meadows Apr 12, 2017 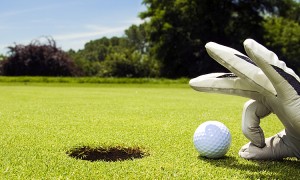 San Antonio is one of the top golf destinations in the country. Year after year it proves to be a fruitful place for both the experienced and the amateur golfer to enjoy a relaxing time on the links....
Courtney Silver Dec 14, 2016 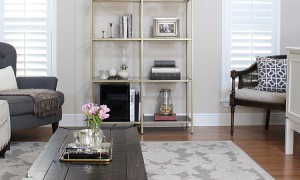 My Fixer Upper in Lafayette

Buying a fixer upper for the first time can be quite overwhelming. For most of us, after the closing, we may be faced with a tight budget since we just performed the largest transaction of our...
Celina A Michel Mar 24, 2017
https://6nb29bly7g.execute-api.us-east-1.amazonaws.com/ProdStage