Those who live in New York City know that Halloween events NYC style are all part of the fun experience of living in the Big Apple. Although the easy breezy summer season has ended and school has begun, there is always the excitement.

Those who live in New York City know that Halloween events NYC style are all part of the fun experience of living in the Big Apple. Although the easy breezy summer season has ended and school has begun, there is always the excitement of looking towards costumed parades and joyous happenings that only Halloween events NYC style have to offer. Whether being part of the Village joviality downtown or sharing in the Halloween fun with a parade for the children or pets, New York City is certainly the place to be to celebrate Halloween.

Perhaps the most well known Halloween parade in the world, the Village Halloween Parade celebrates its 42nd year of joyous fun. Whether you are joining in the parade or standing and watching the fun costumed creations walk by, this is the ultimate New York City fashioned Halloween event that people look forward to and plan for all year long. All are invited to participate as long as you are in costume. Enjoy dancing the streets as you march along with more than 50 bands playing tunes from around the world. New York creativity is in abundance for those watching true creative artists donning their amazing built creations to showcase walking in this unique parade.

Wall Street in New York City is not just known for the world of finance, it happens to also be a most haunted neighborhood in the city as well. What better way to celebrate Halloween in New York City than to take a 90-minute Wall Street Walks Ghost Tour. The tour welcomes all ages to see the ghost hosting sights of graves and historic buildings. You will also be taken down out-of-the-way dark alleys to seek ghost sightings as well.

Coney Island is all about fun for all ages with the rides and attractions all year round. It is the perfect location for you to bring the kids to have fun marching in a parade planned just for them. This year marks the 6th year of the Coney Island Children’s Halloween Parade hosting a venue for the young ones to strut their costumed selves. Kids and their friends and family are invited to join in the celebratory fun. This is a totally kid friendly event that offers free entertainment along with giveaways, a costume contest, and yummy trick-or-treating.

New York City is all about letting the barking members of the family join in the fun as well. The dogs get their chance to strut their costumed finest at the Tompkins Square Halloween Dog Parade. Noted on the web site is the mention by CNN calling it “the largest dog costume parade in the world.” Beginning the excitement at 12 p.m. is the runway competition vying for the coveted best-in-show award. The ward show is followed with a parade by those participating and watching. 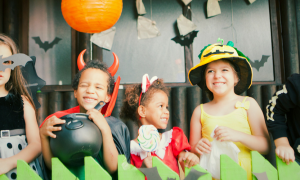 Not So Scary Halloween Events for North Shore Kids

Not a fan of those super-spooky haunted houses that are a Halloween staple? Not to worry. There are plenty of not so scary Halloween events on the North Shore that perfect for the whole family. Here...
Anne West Oct 6, 2017 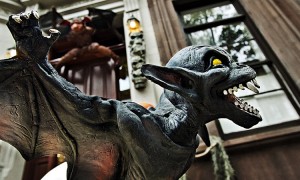 Halloween Decor So Bad, It’s Good: How to...

Halloween decor can make or break your Halloween party, so do it up right! Even if you only have one day to prepare, NYC has all you need to put together a memorably bewitching event that will...
Sakai Blue Oct 10, 2014 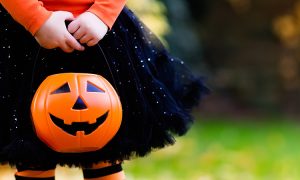 Looking for Riverside Halloween events? There are plenty of scary events for all age groups! From haunted houses to creepy hayrides around a haunted farm, you can be sure to find what you are looking...
Ryan Gullett Oct 24, 2017
https://6nb29bly7g.execute-api.us-east-1.amazonaws.com/ProdStage