How Rental Markets are Changing the face of D.C.

A look at the fastest growing housing demographic in D.C. and how that market is changing the face of the city one neighborhood at a time. Also an attempt to understand the factors fueling rental markets and a projection to where the trend is heading.

Last week sitting in the nosebleeds at Nationals Park, I was staring out towards the Washington Monument and couldn’t help but to notice how many heavy construction cranes I could see in plain view. Without much effort I counted 11, which has to be at least double the amount I usually see from way up there.

So if you live in Washington, D.C., you may have noticed how many rental buildings have popped up, along with the large amount of construction going on around the city. The reality remains that after climbing out of the worst recession since the Great Depression — largely fueled by a collapse in the housing markets — home ownership rates remain lower than we’ve seen since the end of World War II, especially with younger people. Yet here in D.C., we’ve experienced tremendous growth in population and a decrease in unemployment, meaning more people are living and working in the District than even before the recession hit (according to the census bureau in 2007, 574,404 people lived in D.C. compared to 658,893 in 2014). So that means we need housing; lots of housing. But the influx of new construction has not led to a great rise in the home ownership rate in Washington, D.C., so what gives?

With the median home price in D.C. sitting around $460,000, before factoring potential condo fees and utilities, many younger professionals working in the city are forced to turn to the rental markets for their housing needs, which has local developers and real estate investment trusts (apartment companies) paying close attention. Earlier this year I attended a closed door meeting with executives from Equity Residential, a REIT with over 30 properties (and counting) in our market, who all agreed that the current conditions nationwide were perfect for growth in the apartment industry. I was told point blank “there has never been a better time in our country’s history to be in the rental business,” and after pondering that statement for a few days, I would have to agree, especially here in the nation’s capital.

According to RentJungle.com, the average apartment within 10 miles of Washington, D.C., rents for just over $2,000 per month, before factoring utilities or parking costs. For neighborhoods close to job hubs, mass transit, and nightlife, you can expect that figure to multiply two or three times for the same apartment, making those opportunities for developers even better (Adams Morgan, U St, Georgetown, Dupont + Logan Circle, parts of Arlington+ Alexandria, etc.). Being ranked consistently in the top-10 most expensive rental markets in the U.S. is a logical explanation for REITS and developers to continually invest in D.C., but it is not the only reason.

According to the Brookings Institute, the average 24 year old with a college degree working in Washington, D.C., earns $42,000 per year, which equals roughly $3,500 per month before taxes. Using that math, a young professional living within 10 miles of the city would need to spend roughly 58 percent of their total income to simply afford the average apartment. Even if that same 24 year old increased their income by 10 percent year over year, it would take them nearly 10 years to reach an income level (roughly $90,000) where living alone they could spend less than the industry recommended 33 percent of their total income on rent, allowing them to regularly contribute to savings. Using D.C.’s median home price, a first time buyer would have to save $23,000 just to get a minimal 5 percent down payment, not including their closing costs. With lower savings opportunities due to the high cost of living, many people are forced to rent longer, adding time to the process of saving up for a down payment.

So financially the reasons for people renting longer are backed by hard data, though it leaves out a major piece of the puzzle.

Younger people under the age of 40 experienced devastating consequences from the recent recession, which left a lot of them unemployed and considering new careers. According to a study conducted by Future Workplace, 91 percent of Millennials (born 1977–1997) plan to stay at their current job for less than three years. Younger people are looking for flexibility with their living arrangements and view home ownership as a potential costly barrier to their next professional endeavor, which makes the ease of renting look more appealing. Along with this I’ve encountered a growing sentiment in many people living in the city, who believe in “doing more with less” — that living longer in a smaller energy-efficient space is not the hardship it once was for previous generations, desperate to trade crammed city living for larger suburban houses.

So naturally we are watching developers pour into the city, desperate to find new opportunities to take advantage of our growing population with an appetite for renting. As this trend grows, we will continue to see large amounts of construction and development, destined to change the look and feel of D.C. one block at a time. If you want proof, just take a long walk up 14th Street from Logan Circle to Columbia Heights and count the number of brand new apartment communities and businesses.

Where’s the Next Hot Rental Neighborhood?

Amateur investors and hopeful developers alike always ask real estate professionals like myself the million dollar question. Where’s the trend moving? If you ask me that today, I would say something that may sound odd, but is 100 percent data driven in Washington, D.C. My answer would be anywhere in the city in the not-so-distant future will be a potential winner. With the population only projected to go up over the next 10 years, we can expect a lot more growth in our housing markets fueled largely by new luxury rental projects and businesses eager to take part in the emerging opportunities they bring.

Jonathan Fox is a top-producing, Washington, DC based real estate professional specializing in marketing, staging, and real estate market trends. He is licensed in three states with over 10 years of award-winning industry experience, and has contributed to many local and national publications across a wide range of real estate topics throughout his career.

As a young professional and an industry leader, Jonathan brings a unique dynamic to challenging topics while always maintaining a practical, easy to follow approach.

What to Know Before the 1st Showing: 3 Strategies All Buyers Should Consider Before House Hunting 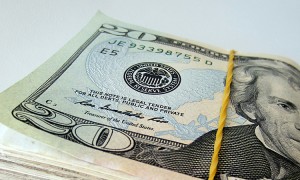 Rental scams are the dark side to renting apartments in New York City. This article explores some of the most common rental scams, and it gives prospective NYC renters tips on how best to steer clear...
Sakai Blue Jun 10, 2014

Are you looking to rent in the City of Brotherly Love? You have a number of options, from a studio in a luxury apartment building in Center City to a two-bedroom in a rowhouse in South Philly. Learn...
Amy Freeman Jan 20, 2015
https://6nb29bly7g.execute-api.us-east-1.amazonaws.com/ProdStage