New Yorkers have a very unique lexicon. First, there’s the accent. Then, there are the distinctive phrases that pop up in our daily conversations. Here are some quintessential New York sayings you’ll hear on the streets of Manhattan.

New Yorkers have a unique lexicon. First, there’s the accent (it’s real). Then, there are all the distinctive phrases that pop up in our daily conversations.

Here are some quintessential New York sayings that you are bound to hear on the streets of Manhattan. Slice: a piece of pizza. Specifically, this often refers to a slice of cheese pizza. If you want something on your slice, make sure to specify your toppings: “I’ll have a slice of sausage.”

Downtown: used when traveling south. Generally, anything below Canal is considered Downtown.

Crosstown: crossing the city in an east or west direction. “That Crosstown bus is the worst!”

Upstate: anything north of the Bronx.

Schlep: carry or drag. “I schlepped this package around all day, and now I’m exhausted.”

Nosh: a snack or small meal. “I haven’t eaten anything since morning! I need something to nosh on.”

Schmuck: someone who is stupid or foolish. “They’re all a bunch of schmucks in that office.” Bodega: the combination deli/grocery/convenience store found on almost every corner in New York.

The City: the island of Manhattan. After grabbing a cab at LaGuardia, tell the cabbie, “I’m heading into The City.”

Regular coffee: refers to a coffee with cream (or milk) and two sugars, usually ordered from your corner deli or bodega. Don’t try this New York saying at Starbucks!

Schmear: a thin coating of cream cheese on a bagel. “I’ll have an everything bagel with a schmear and a regular coffee.”

Standing on line: said rather than standing in line.

Bridge and Tunnel: indicates people who commute to Manhattan for work or pleasure by a bridge or tunnel. May also be referred to as B and T.

Stoop: the steps leading up to an apartment building and a popular gathering spot during the hot summer months.

Boss: a way of referring to someone when you don’t know their name. “What can I get you, boss?”

Son: another way of addressing a person whose name you don’t know. “How you doin’, son?”

Street meat: the food you order from a food cart.
Whether you’re new to The City or a native, you’re sure to hear at least one of these New York sayings anytime you leave your NYC apartment.

If you're looking to rent an apartment in the uptown New York area, it's important to determine what your must-haves are and to get to know the area to which you may be moving. Uptown has many...
Jacqueline Clair May 20, 2014 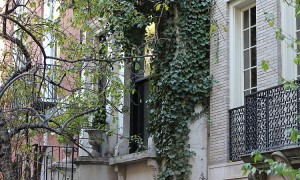 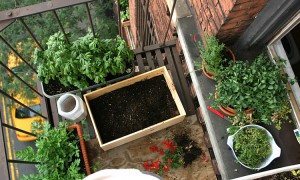 Grow a New York Garden in Your Apartment? Yes,...

You may think that having your very own New York garden inside your own apartment is impossible, but it's not. Even here in the city, there is absolutely no reason you can't have fresh herbs and...
Sakai Blue Oct 1, 2014
https://6nb29bly7g.execute-api.us-east-1.amazonaws.com/ProdStage