The Diamond District: Can You Live There?

People flood New York City’s Diamond District in search of diamonds and other precious gems for that perfect engagement ring, necklace, or other fab adornments. Nearly 90 percent of the diamonds that enter the country flow through the thousands of dealers in the district, located on 47th Street between 5th and 6th Avenues, right near Rockefeller Center. While it’s a great place to visit, the Diamond District itself is not necessarily an ideal place to live. Because the area caters to tourists and office workers, not to locals. This means that you’re hard-pressed to find grocery stores or other amenities residents need to function and live. Not to worry; great residential neighborhoods are a hop, skip and a jump away.

Somewhere along the way, someone felt that the name “Hell’s Kitchen” needed to be changed to something a bit more real-estate-friendly, but New Yorkers know exactly where this lively, formerly budget-friendly neighborhood is. Located on the west side of the Manhattan between 34th and 59th Streets, the area is home to tons of restaurants, bars, and funky shops and markets, but it also has the supermarkets, dry cleaners, and other services that families and singletons need to make the area “home.”

Port Authority (located at 42nd Street and 8th Avenue) and Penn Station (located at 34th Street and 8th Avenue) are the two major stations that service the area, and they easily connect to the Times Square station and the more eastern side trains. Busloads of actors and other creatives live in the area, given its proximity to Broadway theaters and media companies. The neighborhood used to have a gritty, tough reputation, and home prices reflected that. Today, gentrification and heavy development in the area have generally pushed prices to market levels, but there are still relative deals to be had.

Many people think of Times Square as being home to nothing but theaters and theme stores, but plenty of people actually live here. Within easy walking distance to the Diamond District, the Times Square residential area is a great option for someone who wants to live in the center of it all. Tons of luxury high-rises have sprung up over the past few years. And while the apartment buildings here tend to be really pricey, they’re loaded with amenities like doormen, gyms, playrooms, and concierges ready to cater to a resident’s every whim.

Cedar Park: A Unique Philly Neighborhood
Which Light Bulbs Are Right for Your DFW Home? 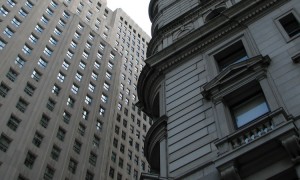 Life in FiDi: Renting in the Financial District...

Home to Wall Street, the New York Stock Exchange, and the Federal Reserve Bank, the Financial District NYC has long been known for its all-business environs. But in the past decade, "FiDi" has seen a...
Tracy Kaler Jan 14, 2015 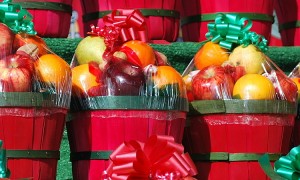 Learn why the Farmers Market District has become a sought-after residential area in a city known for its booming real estate market. Know how living near a farmers market can positively affect your...
S. Gonzales Nov 11, 2016
https://6nb29bly7g.execute-api.us-east-1.amazonaws.com/ProdStage