Many residents of Dallas-Fort Worth enjoy incorporating western and Mexican décor into their homes. Like other areas of the southwestern United States, Texas has been heavily influenced by Mexican culture as well as by a western heritage.

Many residents of Dallas-Fort Worth enjoy incorporating western and Mexican décor into their homes. Like other areas of the southwestern United States, Texas has been heavily influenced by Mexican culture as well as by a western heritage deeply rooted in the ranching industry. While these types of decorating styles feature similar elements and appearance, there are a few slight differences.

Western décor is typically defined as a rustic style of decorating one’s home with prominent amounts of wood, stone, and metal work. Many interior designers take a minimalist and functional approach to styling a home with western flair. For example, pieces of furniture are made from native wood such as mesquite, pine, and oak. With the cattle industry and ranching playing a large role in the region’s economy, couches and chairs typically feature leather and hides. In many cases, Native American influences can be found in various elements of western décor to include pottery and woven fabrics.

Drawing on similar influences, Mexican décor is largely shaped by centuries of ranching and the influence of indigenous people. However, Mexico is a large, eclectic country with many unique characteristics, and there exist distinct differences throughout the country’s regions. Unlike strictly western furnishings that prominently feature warm colors and earth tones, styles reminiscent of Mexican homes utilize a broad range of colors that include cool and bright hues such as aqua and coral. Additionally, homes styled with Mexican flair typically feature ethnic influences unique to Mexico such as Talavera pottery and stoneware.

Tips for Adding Western and Mexican Style to Your Home

When decorating your home, you want to subtly incorporate design elements. To achieve a natural and authentic look, choose pieces of furniture true to the style you want to represent, and accentuate those pieces with pottery placed on tables and artwork that reflects western or Mexican themes. Try to avoid mixtures of contrasting décors, such as that of Oriental rugs or ultramodern lamps with western motifs.

Fortunately, western furniture and decorations can be found throughout Dallas-Fort Worth and the surrounding suburbs at specialty retailers and even common franchise furniture stores. Located off Loop 820 in Fort Worth, San Carlos Imports sells rustic western and Mexican wood furniture for bedrooms, dining rooms, and living rooms along with traditional Zapotec rugs. For more distinctly western-oriented furniture, take a look at AdenWorks, a rustic furniture company located on Regal Row in Dallas.

When it comes to decorating a room or home with western touches, strive to provide a natural look and authentic atmosphere by taking the “less is more” approach. Consider employing a professional interior designer and flipping through magazines to determine the styles you like best. 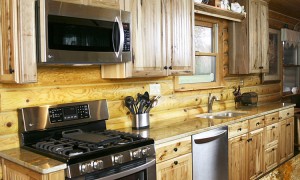 Rustic Decor for Your DFW Kitchen

Rustic elements typically give a home a cabin-like or farmhouse feel. In many cases, rustic design also incorporates touches of Native American crafts and artwork and Mexican influences. Here's how...
Lindsey Chamberlain Jun 10, 2014 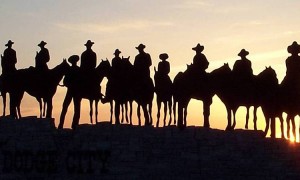 Inspired by old Western movies, some Dallas homeowners are adding the thrill of yesteryear to their decor. It's easy to incorporate frontier style into your home with rustic chic designs, a favorite...
Tammy Valentine Jun 9, 2014 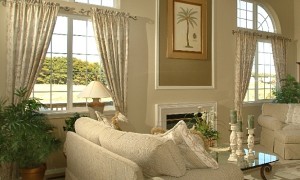 Tropical decor in Florida isn't all rattan and bright floral prints. Learn how to lighten up the look of your home without resorting to decorating cliches, making it airy and attractive with your own...
Anne Baley May 9, 2014
https://6nb29bly7g.execute-api.us-east-1.amazonaws.com/ProdStage