Winter is the season when your NYC apartment can start to feel even smaller, especially when you’ve got kids. Brave the cold and head out to one of these iconic NYC winter activities. Both you and the kids will enjoy them. We’re sure of it.

Looking for winter activities for your kids that’ll get you out of your NYC apartment … and fast? Below are five events within the five boroughs that you don’t want to miss.

Holiday Train Show at the Botanical Gardens
At this annual event at the New York Botanical Gardens in the Bronx, model trains zip past NYC landmarks built out of bark, leaves, and all kinds of natural materials. The event can get crowded, so we suggest booking tickets in advance (and trying to go during the week if at all possible). The show will run from November 21 through January 18. This year, there’s a new Bavarian-themed outdoor dining option called Frosty’s Schnapps Haus, which will serve spiked hot chocolate for parents.

The Nutcracker at the New York City Ballet
There are several versions of The Nutcracker that take place across the city, but this is the one that sets the standard. As usual, mischievous mice are foiled by toy soldiers that come to life, and ballerinas dance through the Land of Sweets. Performances take place nearly every day from November 27 through January 3rd. Just keep in mind that older kids will get more out of it (and actually be able to sit through it).

Radio City Christmas Spectacular
It’s one of the most iconic winter activities in the Big Apple, and this year, the Rockettes are back for their 88th year with their signature high kicks and impressive dancing. There’s nothing understated about it, but there’s a reason tourists and New Yorkers alike keep flocking there. It’ll run daily from November 13 through January 3.

Santaland at Macy’s
It’s free to see Santa at Macy’s flagship store on 34th Street, but pictures with the old guy are gonna cost you (packages range from $19.99 to $59.99). Aside from sitting on the lap of Saint Nick, kids can check out the 13,000-square-foot North Pole village with an enchanted forest, large train and toy display, and live elves. It’s open from the day after Thanksgiving to Christmas Eve. Go early in the day and early in the season to beat the biggest crowds.

Gingerbread Lane at New York Hall of Science
Gingerbread houses always look so easy to do, but anyone who’s ever tried to build one knows that it’s a tough task. That’s why you’ll be truly amazed by some of the sweet homes you see at this Queens museum. This year, expect more than 1,000 houses, plus a department store and double-decker carousel. And again in 2015, Gingerbread Lane will compete for its third consecutive Guinness World Record for the largest gingerbread village. It will be open from November 14 through January 9. 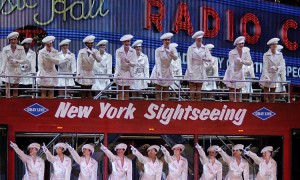 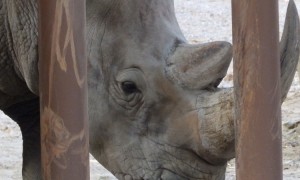 Cold and snow doesn't keep everyone indoors. If you're craving some outdoor time with the ones you love, Philly has plenty to offer. There are several ways you can enjoy time together this winter in...
Amy Freeman Mar 18, 2015 Here are five top NYC activities you won't want to miss before the end of the fall season. There's something for everyone — kids, foodies, skating fans, and more. Head out before you hibernate for...
Lucy Blatter Nov 21, 2014
https://6nb29bly7g.execute-api.us-east-1.amazonaws.com/ProdStage