Philadelphia’s Manayunk is simultaneously casual and trendy, as is its dining scene. Whether you’re looking for a quick bite, something super casual or a full-on fine dining experience, you’ll find plenty of tasty options for Manayunk restaurants.

Philadelphia is no stranger to uniquely named and somewhat difficult-to-pronounce places. The Schuylkill River is one, for example. Manayunk, a neighborhood located along the edge of the Schuylkill in the northwest corner of the city, is another. Manayunk is derived from the Lenape word for “where we go to drink.” So it’s fitting that there are plenty of attention-worthy Manayunk restaurants, even if they’re off the beaten path and a bit removed from downtown. If you’re looking to move to the area or are just looking for a place to enjoy a great meal, check out some of the best restaurants in the neighborhood.

Every neighborhood needs a reliable, tasty Thai restaurant. In Manayunk, Chabaa Thai fits the bill. The executive chef/owner, Moon Krapugthong, offers a range of classic Thai dishes to diners. Chabaa, which is the Thai word for “hibiscus,” has earned high praise from restaurant critics and diners alike. The restaurant is bring your own bottle (BYOB), but does charge a corkage fee.

The Couch Tomato Cafe and the Tomato Bistro are actually two Manayunk restaurants in one. The cafe opened in 2003, with a focus on casual dining. While pizza and salads are its major attractions, the cafe’s also known for its rotating selection of soups, which include a number of vegetarian options. Upstairs is the cafe’s more upscale cousin, the Tomato Bistro, which features table service and a fine dining setting, plus a liquor license.

If you’re in the mood for a restaurant that offers a fantastic wine selection, head to Jake’s and Cooper’s Wine Bar. Open for more than 25 years, the restaurant has become a Manayunk institution. Its dinner menu offers a mix of dishes, from small plates to pizzas and from cheese plates to full entrees. There’s also brunch on Sunday.

It’s one thing to do fancy food well. It’s another thing to perfect casual dining. Lucky’s Last Chance shines at the latter, offering an eclectic mix of burger and hot dog options, as well as a selection of craft beers, wine, and cocktails. When it comes to burgers, Lucky’s isn’t afraid to get creative. Its PB and Bacon burger won the People’s Choice award during the 2013 Burger Brawl. If a burger mixed with peanut butter, bacon, and jelly isn’t your thing, fear not: the restaurant offers more traditional fare, too.

Located in an old mill, Manayunk Brewery has been making its own local beer since 1996. But beer isn’t the only attraction at this spot. It also offers a wide-ranging menu that includes stone-oven-fired pizza and sushi, as well as brunch. During the warmer months of the year, its outdoor deck overlooking the Schuylkill makes for an excellent spot to enjoy a brew and the view.

When you’re walking down Main Street in Manayunk, you can’t miss Taqueria Feliz, with its bright neon sign and brilliant yellow doors. Inside, the decor and the food are just as vibrant. Tacos are a focus of the menu, which also isn’t afraid to take chances. If you’re feeling daring, try the lamb’s heart skewers or the grasshopper tacos.

Whether you’re looking to buy a home and settle down in Manayunk, or are just visiting from another part of Philly, Manayunk restaurants are worth checking out. You’ll find top-quality picks for all tastes and budgets. 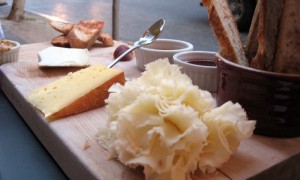 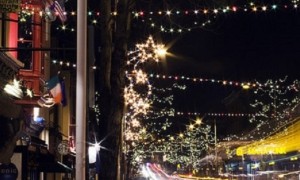 Beyond Manayunk Nightlife: The Many Attractions...

The wildly popular Manayunk nightlife is just one of many attractions in this Philadelphia neighborhood. Manayunk offers big-city benefits like walkability, culture, and fine dining, in a smaller,...
Jennifer A. DiGiovanni May 22, 2014 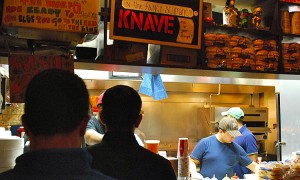 The “Secret” Best Restaurants in NYC

In New York City, a city known for its culinary scene, nothing gets food lovers together like the discovery of hidden gem restaurants. This article explores some of the best restaurants in NYC that...
Sakai Blue Jun 17, 2014
https://6nb29bly7g.execute-api.us-east-1.amazonaws.com/ProdStage