When apartment-hunting in NYC, it pays to become familiar with this city’s unique lexicon of apartment styles, especially when it comes to home design. Here are some of the apartment types you’re bound to encounter in your search.

When apartment-hunting in NYC, people quickly become familiar with this city’s unique lexicon of apartment styles. And when you’re thinking about home design, knowing which type of apartment you’re interested in will help immensely — after all, a four-poster bed probably won’t work for a studio. Here are some of the apartment design styles you’re bound to encounter in your New York apartment search.

You open the door to the apartment, and there’s the bed: Welcome to the NYC studio. This all-in-one setup may come with the kitchen and living and sleeping space coexisting in a single room, or you might find a studio with a separate kitchen area. Many people prefer having the kitchen set apart from the rest of the living area because it helps give the impression of a larger layout.

A step up from the studio is an alcove studio. This type of studio has a separate wing or nook that can be used as extra living space. Many people put their beds in the alcove so that it’s hidden away from the rest of the space, giving the impression of having a one-bedroom that’s simply missing its bedroom door. New Yorkers have become very adept at using brilliant home design tricks to make their studios seem more spacious than they are.

This type of apartment, often referred to as a Junior 1, is actually a studio that has an extra, windowless room in it. You may think, “Well, why don’t they just call it a one-bedroom?” They can’t call it a one-bedroom because by law, a room is not allowed to be called a bedroom if it doesn’t have a window in it.

This apartment is exactly what it sounds like: an apartment where the rooms are arranged in a pattern similar to the way train cars are linked together. The apartment’s rooms are linked together by a hallway that runs along the entire length of the apartment. One door usually leads into the apartment, and the rooms flow into each other like railroad cars. This apartment type was developed in the mid-1800s to address severe overcrowding in the city. When it comes to home design, make sure to think of the way the rooms flow into each other.

A quintessential NYC-style living space, the loft is a wide-open living space often found in a building formerly used for industrial purposes (e.g., factories or meat-packing plants) that have been repurposed into living spaces. Lofts were originally primarily the domain of artists on the hunt for large, cheap (and often free and illegal) spaces filled with giant windows and plenty of light. Now, everyone has “loft” on their New York real estate wish list. Today’s lofts are streamlined, luxury spaces that strive for the perfect blend of vintage fixtures mixed with top-notch modern amenities, allowing them to work perfectly with the latest home design trends.

The classic six is one of the most envy-inducing apartment styles in the city. The reason that many people would sell their right arm for these apartments is that they’re the perfect size for many NYC residents with children. The six rooms consist of a living room, a dining room, a kitchen, two full-sized bedrooms, and a small extra room. Back in the day when live-in help was de rigueur, that last room was usually the maid’s room. Today, that room is usually used as an extra bedroom, guest room, or office.

Small Apartment Ideas: 5 Ways to Make the Most of Your Space
Simple Gardening Tips for Dallas Yards 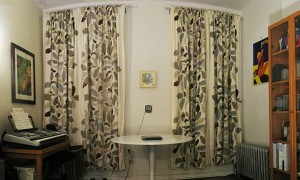 Studio Apartment for Rent: Do You Want It?

A studio apartment for rent might mean that you're able to live in a more expensive part of Philadelphia. You'll pay less, but you'll have less space. If you decide a studio's right for you, here's...
Amy Freeman May 16, 2014 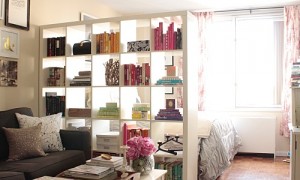 Tips for Decorating a Studio Apartment

Decorating a studio apartment is all about maximizing storage space while also creating a comfortable, warm, and welcoming environment for yourself and guests. If you effectively organize the space...
Jacqueline Clair Jun 6, 2014 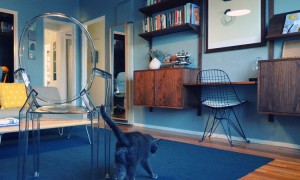 How to Make Your NYC Studio Apartment Feel...