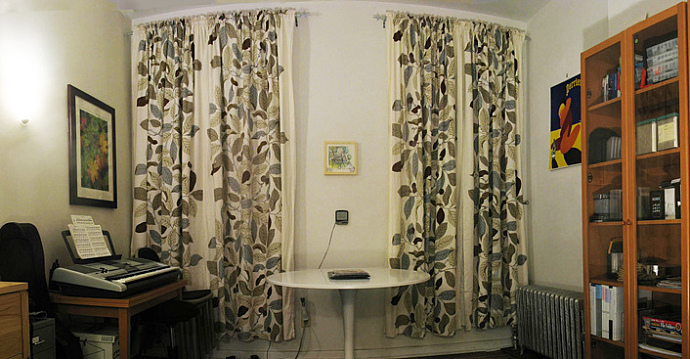 Studio Apartment for Rent: Do You Want It?

A studio apartment for rent might mean that you’re able to live in a more expensive part of Philadelphia. You’ll pay less, but you’ll have less space. If you decide a studio’s right for you, here’s how to make it work.

In Philadelphia, rental costs vary based on where you live, with downtown prices considerably higher than rents in the outer reaches of the city. One way to save on rent and still live in the heart of town is to choose a studio instead of a multi-bedroom apartment. For example, the average rent on for a two-bedroom apartment in the 19103 zip code is $1950 per month, while the average cost of a studio is $1060, according to Rentometer. While you get a lot less space for your money, finding a studio apartment for rent in the downtown area can be a great option. Will living in a smaller space be a good fit for you? Here’s how to make it work.

Although a studio apartment for rent might feature a separate kitchen, it’s common for the layout to be simply one big room. It can be awkward to wake up in the morning and see your work area or kitchen right away. One of the best ways to make efficient use of the space is to divide it into different areas. Set up an area for sleeping, for example, by positioning bookcases at the foot of your bed. You can also invest in an old-fashioned room divider or hang floor-to-ceiling curtains to separate your sleeping area from the rest of the apartment.

You can separate your kitchen and dining area from the rest of the space in a similar way. A small table and a bookcase can act as a dividing wall, with the bookcase doubling as storage for your dinnerware or kitchen supplies.

In a small space, most of your furniture should perform at least two roles. Look for pieces that are more than they seem, such as ottomans with inner storage space or a platform bed with built-in drawers. Think of ways you can use a piece of furniture for different things. For example, the table you eat at can also act as your work space. If space in the studio is really tight, a sofa bed can serve as seating during the day and your bed at night.

Make use of the space that’s often neglected. Perhaps the walls of your studio are taller than they are wide. Use the vertical space for storing objects you don’t use often. If you can attach shelves to the walls, create a bookshelf that runs the length of your walls, about a foot or two below the ceiling. You can also attach hooks to the walls to hang up jackets, bags, and hats.

Only Buy What You Need

When looking for a studio apartment to rent, pick one that’s near a drugstore, grocery store, or deli, so you can easily pick up daily necessities without having to plan a special trip. Only buy as much of a product as you need at a time — your studio won’t be the place to keep massive bottles of shampoo or value boxes of cereal from the discount warehouse.

Living in a studio apartment lets you be near the excitement of Center City Philadelphia, without having to pay the heftier rents usually associated with the downtown area. It can take some getting used to, but with planning, you can make a studio a place you want to call home.

Cultivate Your Green Thumb with an Indoor Vegetable Garden
BBQ Food Ideas: Beyond Ribs and Burgers 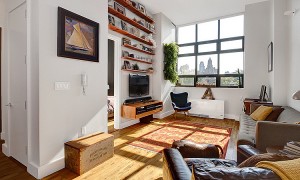 When apartment-hunting in NYC, it pays to become familiar with this city's unique lexicon of apartment styles, especially when it comes to home design. Here are some of the apartment types you're...
Sakai Blue May 9, 2014 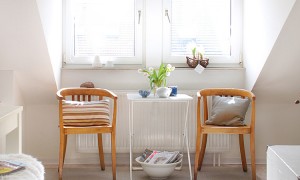 Small Apartment Ideas: 5 Ways to Make the Most of...

Living in a small place has its benefits and challenges. Here are five small apartment ideas, from furniture choices to color schemes to organization strategies, that will help you make the most of...
Ginnie Leeming May 9, 2014 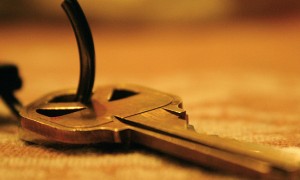 Philly Room for Rent? Tips for Finding the Best...

Sharing housing costs with a roommate makes economic sense, but the process of finding a tenant can be challenging. If you are considering putting a room for rent in Philadelphia, plan to devote some...
Jennifer A. DiGiovanni May 15, 2014
https://6nb29bly7g.execute-api.us-east-1.amazonaws.com/ProdStage