Louisville, Kentucky, may not have as many museums and examples of great art and architecture as New York, Los Angeles, or Chicago, but we do have our fair share of substantial works. Louisville offers something for a wide variety of design styles.

Louisville, Kentucky, may not have as many examples of great art and architecture as New York, Los Angeles, or Chicago, but we do have our fair share of substantial works. From classic-historical architecture to a modern and total renovation of the Speed Art Museum, Louisville offers something for a wide variety of design styles.

Old Louisville’s Belgravia and St. James Court is not only home to the award-winning St. James Court Art Show held in October, but the first stop on any art and architecture focused home tour. There are examples of Richardsonian Romanesque, Italianate, and Queen Anne styles, which gained popularity in the Victorian Era. Throughout the year there are events in this neighborhood that will allow home tours and educational opportunities. The Conrad-Caldwell House is the best example of residential Richardsonian Romanesque architecture in the city and also functions as a museum. The Levy Building downtown that now hosts The Old Spaghetti Factory and private residences is a good example of the style in a commercial setting.

If a more modern style of architecture and art is your preference, Louisville has great offerings as well. KadenTower, formerly the Lincoln Tower, is referred to locally as “the doily building” and was designed and built by Frank Lloyd Wright’s son-in-law, William Wesley Peters. The style of Kaden Towers is a huge departure from a style that is normally associated with Wright and Taliesin Associates. Also constructed in the 1960s was Meis van der Rohe’s last architectural work, The American Life Insurance Building on Main Street, which is significant for the use of a green (grass) roof. Next door is the Kentucky Center, which houses some amazing sculptural works of art. Across the street is another building designed by a famous architect, Michael Graves. The Humana Building, constructed in the 1980s, is the most recognized building in town, and was built right before Graves went on to build The Dolphin and The Swan.

City of Art and Design

Louisvillians have long respected the relationship between art and architecture. The Kentucky Center is a good example of not only theatre or musical arts but is also home to several sculptures. The most famous being Dubuffet’s Faribolus and Perceval and Joan Miró’s Personnage. There are over 10 works in the permanent collection of the Center. Earlier this year the Speed Art Museum was reopened after an extensive redesign. The new facility combines our love of architecture with performance arts and classic works of art.

The Speed’s transformation from a Neoclassic structure to a modern marvel was carried out by wHY Architecture’s Kulapat Yantrasast. Famous artists who are part of the collections at the Speed include, Picasso, Monet, Auguste Rodin, and Paul Cézanne.

The revitalization of downtown has made it easy for residents to work and live near the cultural center of Louisville, Kentucky.

Molly McMahan is the technology and marketing director for Coldwell Banker McMahan in Louisville, KY. Growing up in a family heavily involved in real estate, building and development, Molly felt it was a natural progression to get a degree in Interior Design. These days she uses her knowledge of design principles and technology for sales associate education and enrichment.

Molly has lived in the Louisville area most of her life and enjoys sharing her love of the community with others. http://www.mollymcmahan.com 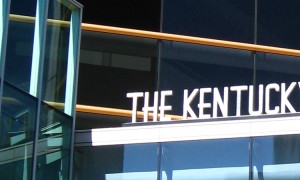 Louisville, Kentucky, has a rich culture in the theatre arts. We are very fortunate to have theatres that specialize in a wide variety of disciplines from the ballet to regional theatre. Our...
Molly McMahan Oct 13, 2015 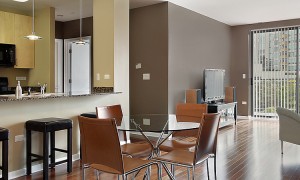 Buying a Condo in Louisville? — Five Things to...

Is buying a condo right for you? Many condo buyers are looking for a new place to call home that is in a convenient location: near shopping, local attractions, parks, and more. Here are five tips you...
Nathan Garrett Apr 10, 2017

Is the Fairmount section of Philadelphia the right neighborhood for you? The area is full of restaurants, boutiques, and parkland. But, for all the good, there are some cons to living there. Find out...
Amy Freeman Aug 26, 2014
https://6nb29bly7g.execute-api.us-east-1.amazonaws.com/ProdStage