Awesome New York City Things to Do This July

If you’re looking for New York City things to do for this July, there are a seemingly endless number of events, activities, and shows to experience. The following list represents just the tip of the iceberg.

We don’t like to brag — actually, yes we do but the list of New York City things to do is pretty much endless, especially in the summertime. There’s literally something to do here every single hour of the day. But that’s another article for another time. If you’re looking for things to do this July, check out the list below. Pack a bottle of wine and some cheese, a few meat pies from Myers of Keswick, throw a blankie into a picnic hamper, and head over to Bryant Park for a night at the movies. Movies like Marathon Man, Chinatown, and Back to the Future are just a few of the films airing under the evening sky this summer. The best part is if you run out of food, there’s free popcorn. The lawn opens at 5 p.m., so come as early as you can to stake out a spot. Movies start around 8 or 9, or whenever the sun sets. Culture and cocktails? How incredibly perfect for a date! Stroll the halls of the Met, taking in current exhibitions like the Van Gogh Irises and Roses exhibit. Try and see Cranach’s Saint Maurice, the obscure, powerful, and recently restored painting of the first black saint. It’s gone after July 27, but there are probably a few O’Keefes and Rembrandts around to hold your interest. Once you’ve satisfied your thirst for art, satisfy your other thirst by heading up to the Met’s Roof Garden Cafe and Martini Bar. Sipping on cocktails as you gaze out at fabulous views of Central Park and the twinkling lights of neighboring buildings, you can remind yourself why paying out a huge chunk of your paycheck or accepting familial help to live here is totally worth it.

Shakespeare in the Park

New York’s Public Theater is dedicated to bringing a world-class theater experience to people of all stripes and spots. Performances like the critically acclaimed Sound and the Fury is just one example of the type of art that this stellar playhouse puts on season after season. In the summer it “opens its doors” even further by offering gratis performances of renowned plays to the city at large via the free theater experience known as Shakespeare in the Park. If you’ve never been to a performance of Shakespeare in the Park, our condolences; it’s one of those things that once you do it, you’re upset you hadn’t done it sooner. It’s one of those quintessential New York City things to do in the summer. Where else on earth can you see world-class actors performing world-class plays on world-class sets — for free?! This summer’s offerings are Cymbeline and The Tempest.

This next bit of information is key to you being able to enjoy a performance; Shakespeare in the Park is free, but you’ll need to get tickets.

new york city things to do

Apartment Renovations When You're Buying the Space Next Door
Summer Getaway from NYC: Where to? 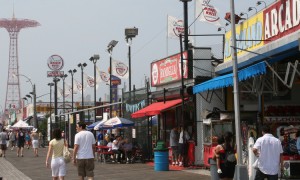 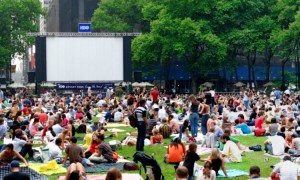 Summer in New York: Top 3 Things to Do in July!

Summer in New York is a beautiful time of year filled with great events with everything from ball games to days spent in the park to summer film festivals. Here are our top three things to do this...
Ginnie Leeming Jun 29, 2015