Summer living in New York City can be hot. but it’s not just the temperature. With a city as large and special as New York, it has its own style with special activities centric to only the city known as the Big Apple.

Summer living in New York City can be hot, but it’s not just the temperature. With a city as large and special as New York, it has its own style with special activities specific to the Big Apple. From theater in the park to eating New York Style and water sports with a backdrop of the famous skyline, New York City offers events that make the city that never sleeps an exciting place to be during the summer season.

Check out just a few of the many fun things to do in New York City this summer.

Most people would associate New York City with tall buildings and concrete peppered with a few parks, but there are some unique destinations for you to enjoy away from the hustle and bustle. The 172-acre Governors Island sits in the center of New York Harbor between downtown Manhattan and trendy Brooklyn. Originally a military base, it was closed to the public until 2003 when the City and State of New York purchased it from the federal government. With the city responsible for its upkeep and development, it has been working every year to transform the island into an exciting escape of day fun. The island is open to the public from the end of May to the end of September.

Amusement parks in Coney Island have been a major summer living destination in New York City since the early 1900s. The present day rides and park are being operated by the reborn Luna Park. Along with new rides such as the Thunderbolt roller coaster, and famed side shows, Coney Island is famous for being listed on the National Register of Historic Places. Built in 1918, the Wonder Wheel is still active, as well as the famed Cyclone roller coaster built in 1927. The Parachute Jump built in 1938 is a wonder to view but is no longer a working ride.

A must do when visiting Coney Island is to check out the original Nathan’s and eat a hot dog to top off your total Coney Island experience. Along with the beach and amusement park joy, you can visit the wonderful New York Aquarium as well.

The High Line is a glorious park crafted upon abandoned train tracks that stood towering over the streets on the West Side for years. It is the brainchild of Joshua David and Robert Hammond, who resided in the neighborhood and had the vision of turning the eyesore into a lovely space for people to enjoy. In 2009, the first section of the beautiful park opened to the public, followed by section two in 2011. The third section opened in 2014, known as the High Line at the Rail Yards. In addition to the beautiful greenery, you can take in an array of art shows, films, and performances.

Nothing says New York City for the summer season more than The Public Theater’s annual season of Free Shakespeare in the Park. Free plays are shown in Central Park at the Delacorte Theater. The plays are highly revered by the public as well as celebrated actors. 2015 marks the 53rd anniversary of Shakespeare in the Park. This coming summer season will feature The Tempest and Cymbeline in the beautiful backdrop of Central Park. Unless there is a severe storm, the performances go on rain or shine, although they may be delayed or paused for a wet weather interlude. Free tickets can be acquired directly at the Central Park Delacorte Theater, through the Astor Place distribution lottery, as well as circulation for the five boroughs. You can also get tickets online with their virtual ticketing lottery.

Check it out, you can enjoy the summer in New York City while kayaking — for free. Through a nonprofit, volunteer-run organization, anyone (including children) can join in the fun. The Downtown Boathouse promotes fun recreational access to the New York City harbors and is on a first-come basis. Time is limited to 20 minutes, so that others have a chance to share in the fun. Safety equipment is provided and knowing how to swim is required along with the signing of a waiver. Along with a kayaking adventure, you will also learn about the importance of cleaning the Hudson River.

The Importance of Lighting When Selling
Spring-Inspired Kitchen Decor Ideas 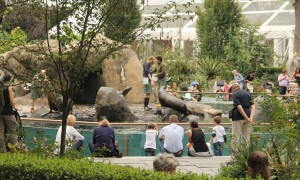 The Best Activities to Enjoy Spring in New York...

Spring in New York City is a beautiful time of year. The frostbite has melted away from our bodies as folks are coming out of hibernation to enjoy the fresh air and outdoor cafes. This is the perfect...
Carol Ruth Weber of weberlifedesign.com Apr 15, 2015 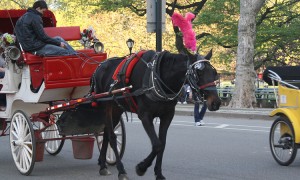 Best Romantic Places to Have a Rendezvous in New...

New York City is filled with romantic places that most people around the world only have a chance to experience on film. In the city that never sleeps romance is always in the air. Share a bite out...
Carol Ruth Weber of weberlifedesign.com May 28, 2015