Behind the Scenes of the Coldwell Banker TV Shoot: Day 5

The final day of shooting is always an interesting one. Not only are you wrapping up what has been several months in the making, but you also have to make sure you’ve got everything you intended to capture because there’s no going back and getting more after it’s over.

The final day of shooting is always an interesting one. Not only are you wrapping up what has been several months in the making, but you also have to make sure you’ve got everything you intended to capture because there’s no going back and getting more after it’s over.

With that in mind day 5 set out to be a day where we made sure we perfected every single shot. In fact one shot took 40 some takes to make sure we got it just right. That scene was the one where we were capturing that feeling of kicking off your shoes when you get home. Sounds simple enough, but it was anything but.

It takes quite a few tries to kick off your shoes at just the right angle where the shoe flips just the right way. As if that wasn’t rough enough, we had a few sock changes along the way and the camera guy ended up taking off his own sock to give to the actor. Not very sanitary, but ultimately that ended up being the sock, and shot, we ended up going with. In another scene we wanted to capture a moment between mother and child playing on the bed. Instead of an actor, we actually used the director of our commercial as she had brought her 6 month old child with her. It made for a much more genuine scene and again made me in awe of such well behaved babies. Of course I’m a father of boys and these well-mannered children I reference are girls.

With the TV shoot wrapped after a long day there’s nothing like looking forward to a 10.5 hour flight home only to find out it’s 3 hours delayed. Yes, that’s the glitz and glamour of advertising at its best.

We’ll be unveiling the first of the two spots we are running this year on 1/22 at 11 a.m. EST right here so be sure to check back then to see the final product which we think you’ll really enjoy.

Also kudos to my partner in crime, Gustavo Gonzalez, for his work on these behind the scenes videos and for being my resident interpreter while in Chile. 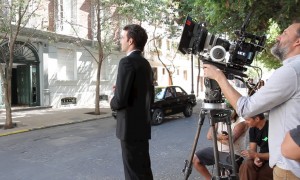 If you watched the first 10 seconds of the video above, you may be wondering what on earth that had to do with shooting the Coldwell Banker TV commercial. I will get to that in a second, but let's...
David Marine Jan 16, 2014 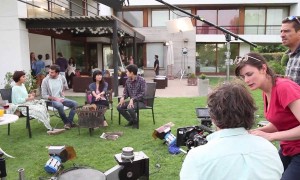 Welcome to the second day of our behind the scenes look at the Coldwell Banker TV shoot. Day 2 had some really interesting shots, some pretty amazing venues.and two incredible vehicles.
David Marine Jan 14, 2014 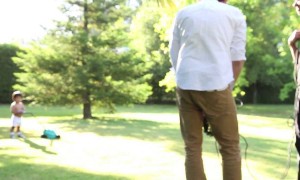 In just over a week, we’ll be unveiling the first of what I think are two exceptionally original TV commercials that will Coldwell Banker Real Estate will be running throughout 2014. While we...
David Marine Jan 13, 2014
https://6nb29bly7g.execute-api.us-east-1.amazonaws.com/ProdStage