Buying an Apartment in NYC: Condos vs. Co-Ops

While buying a home in the city may seem daunting at first, according to the latest census data, a third of NYC residents are homeowners — and you could be one of them! Here are some things to keep in mind when buying an apartment in NYC.

According to Forbes, buying an apartment in NYC commands a median sales price of $855,000. But, if you know where to look, you might be able to find something for less than $300,000. And with down payments typically ranging between 10 and 20 percent, it is doable for the average buyer to own a home in New York City. But there are many factors you need to weigh when thinking about buying an apartment in NYC. Let’s examine a few.

First, you need to decide between purchasing a condo or a co-op. What’s the difference between the two?

In addition to these basic differences, there are a few other factors that distinguish a condo from a co-op and may influence your purchasing decision.

Whether you go with a co-op or a condo, each comes with a set of fees. Co-op owners usually pay a maintenance fee that can increase anywhere between 3 and 10 percent annually. When there are damages to common areas of the building (if an elevator breaks, a water pipe blows, etc.), payment for repairs comes out of the co-op budget.

In a condo, owners must pay not only monthly fees, but also property taxes. The monthly fees (called “common charges”) can vary widely and really depend on the area that you choose to live in and the amount of space you purchase.

For both condos and co-ops, there is an approval process that all interested applicants must go through. For a co-op, in addition to all the financial requirements they have a board that reviews all applicants. This board has the right to approve or deny anyone trying to get into their building. With condos, this approval process tends to be more of a formality. So for some it’s much easier to get an approval with a condo.

While the process of buying a home in the city may seem daunting at first, according to the latest census data, a third of NYC residents are homeowners — and you could be one of them!

Halloween Decor So Bad, It's Good: How to Haunt Your NYC Home
How to Create an Awesome Shared Kids Bedroom 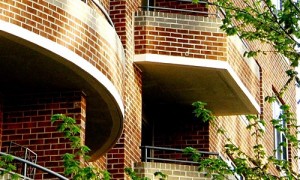 Condos vs. Single Family Homes in Philly: Which...

People looking to buy a home in the Philadelphia metro area have two major options: condos or single family homes. What type of home you decide to buy depends on an ever-changing number of factors,...
Amy Freeman Jun 26, 2013 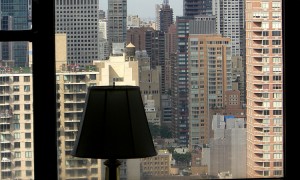 4 Questions to Ask Before Signing an Apartment...

Before signing an apartment lease in NYC, you need to make sure that you're absolutely clear on what is and isn't allowed so that there are no rude awakenings for you on move-in day. Check out four...
Sakai Blue Aug 13, 2014 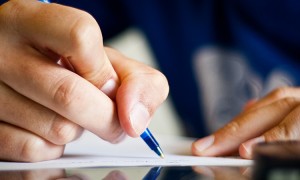 Signing a new apartment lease is always exciting, but it's in every tenant's best interest to read over a lease extremely carefully before signing on the bottom line so that there are no unpleasant...
Sakai Blue Jun 18, 2014
https://6nb29bly7g.execute-api.us-east-1.amazonaws.com/ProdStage