In the third and final post in the Distress Sales series, we will learn what an REO is and will uncover some of their challenges and opportunities.

In the first and second posts of the Distress Sales series, we looked at how buyers can still find good deals on foreclosed properties and determined whether an auction or short sale was a good course of action. In today’s third and final post, we’ll delve into an alternative to short sales, REOs.

Most houses that go through the foreclosure auction process come out the other end as bank owned properties, called REOs in the industry, short for real estate owned. This stage of foreclosure happens after the previous owner has lost the house through default and has been evicted from the property. Usually, the home for sale comes with all liens paid off or forgiven; the title is clear.

The states with the most REOs right now are in the Mid-Atlantic region, according to Daren Blomquist, a vice president with RealtyTrac, which has been compiling foreclosure data for more than a decade. He points out that the foreclosure process in these states, which are done through the court system, takes longer to push the property through than in states where foreclosures can be handled without court supervision.

“Plus, New Jersey and Maryland implemented other regulations during the mortgage meltdown that resulted in an even longer foreclosure process,” he said.

Consequently, some homes coming onto the market today in this region can have a long history — years even — of default and sometimes that means they can have been neglected for a while.

“REOs in New Jersey usually need a lot of work,” said Marsha Bowen Washington, a Coldwell Banker Residential Brokerage agent based in Livingston, N. J. “Many investors buy these homes but first time homebuyers are also shopping for them.”

The shortage of regular homes for sale, she added, has increased competition for REOs. More may be trickling onto the market this year but there are more house hunters looking to buy them.

Lisa Thomson an agent with Coldwell Banker Residential Real Estate in Miami, said there’s not a lot of REOs to choose from in her market either, a big departure from the worst foreclosure years when Florida was one of the hardest hit states.

“Prices on REOs have gone up,” she said. “Lots of time you can get the same value on a regular sale.”

Her group has sold more than 3,000 REOs over the past 10 years and she said that hiring an agent experienced in the field is crucial for buyers. For one thing, they tend to be more knowledgeable about the special rules and regulations that often govern REO sales. One example of these rules is that some of the institutions marketing these properties, such as Fannie Mae and Freddie Mac, give preference to owner occupiers over those buying REOs for investment purposes. The companies will list homes for two or three weeks and take offers only from those intending to live in the homes, before they begin to accept bids from investors.

REO-experienced agents may be more in the know about various perks available on REOs. One example is an educational course in homeownership offered by Fannie Mae. Buyers completing this two-hour course are eligible for up to 3 percentage points back on their closing costs.

She added that buyers should always have the house inspected before closing and not just for the obvious problems, such as a leaky roof or termite infestations. The contractors who do quick rehabs on homes for lenders before sale may have skimped on materials.

“I’ve seen everything from mold to Chinese drywall to faulty wiring,” she said.

Another useful tip from Thomson for buyers is to not give up on a property after losing it to another buyer. When deals don’t close, the same home may come back on the market after a few weeks. If it does, the sellers may be even more motivated to move the home quickly and the deal may be even sharper.

Even though many agents are reporting that REOs no longer represent bargains compared to regular sales, a better deal is still the biggest reason for house hunters to consider them. Indeed, Blomquist said the median price paid for REOs in the three months ended June 30 was 42% lower than the median price of all homes sold. That difference can be partially explained by several factors, including average size, conditions of the average REO, and where they are located. The only way for house hunters to really know if they’re getting a deal on an REO is to shop around and see what other comparable homes go for.

Nobody said that shopping for an REO is easy but it can reward the diligent house hunter with a below market bargain.

In the first post of the Distress Sales series, we explore how house hunters can still find good deals in distressed or foreclosed properties.
Les Christie Oct 12, 2016 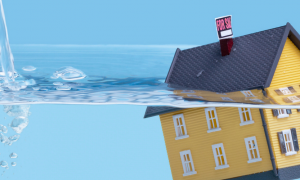 What is the Difference Between a Short Sale and a...

Here is how to get a great deal on foreclosures and short sales while heeding all the risks when buying a home.
Lindsay Listanski Jun 28, 2017 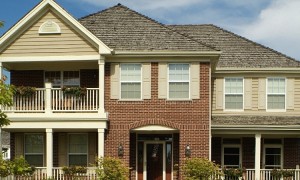 Buying a Foreclosure in Dallas-Fort Worth: What...

Buying a foreclosure as a future residence or as an investment opportunity can be both risky and rewarding. Some buyers seek out foreclosures because it can be a cost-effective way to buy a home at a...
Lindsey Chamberlain Aug 13, 2014
https://6nb29bly7g.execute-api.us-east-1.amazonaws.com/ProdStage