Find out why the Dallas real estate market remains one of the hottest in the country during the winter season. Learn why sellers should consider listing their properties during winter to maximize profits and sell houses faster.

Home owners who live in the Dallas-Fort Worth area are often bombarded with general, daily living tips; selling your home in this legendary market, however, can require a very specific skill set and knowledge. With a pronounced increase in job opportunities and an ever-expanding population, North Texas real estate has exploded in tandem. The 2015 housing market has set enviable records for buying and selling properties, and the winter season has seen its share of hospitable circumstances in which to deal in real estate transactions. Unlike other parts of the country, there’s no cooling down of the Dallas real estate market during the winter season.

Buyers that search for homes during the winter months tend to be serious about purchasing houses and making them their own as soon as possible. Whether a result of the pressure of cold weather or a traditionally smaller market, Dallas homes typically sell fast during winter. The relatively new appearance of international investors has driven up home prices as well, which actively contributes to sellers’ ability to get the best prices possible for their homes.

A seller’s market during the winter season often results in additional profits. Since winter attracts serious buyers, it can also bring seasoned home owners or investors along with chilly winds. Generally, the North Texas housing market appeals most to people who have previously purchased homes, but first-time home buyers have also reaped the benefits of this lucrative industry. As long as potential buyers can hold their own with competitive bids, the market is sure to provide them with a great home and sellers with a satisfying price. In addition, some properties are deemed so hot that potential buyers attempt to sweeten the deal by offering to pay for them in cash.

In recent years, the Dallas-Fort Worth area has gained a reputation for being one of the most robust real estate markets in the nation. In 2014, homes listed in the winter sold for almost 15 percent higher than those listed at the same time in 2013. This year, homeowners have enjoyed closing sales in less than a month’s time without having to adopt many gimmicky real estate tips; selling your home should be just as quick and easy, if you enter the market with the right approach. With such impressive momentum, both buyers and sellers can make their plans for their dream homes a reality. 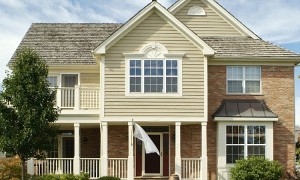 Some Dallas Homes Are Still Selling Quickly. Will...

The market for Dallas homes continues to be strong, but has cooled off since record-breaking sales since last summer. Some homes in particular are still receiving multiple offers within days, or even...
Tammy Valentine Aug 15, 2014 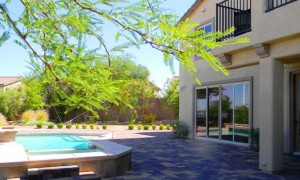 Las Vegas homebuyers are still snapping up properties faster than inventories can match demand, although there has been an increase in homes coming on the market. All-cash sales and short sales also...
Terri D'Richards Oct 30, 2013 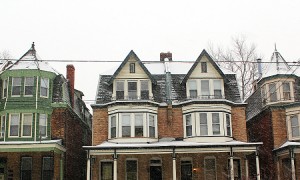 3 Tips for Selling a Property in the Middle of a...

Want to sell your Philadelphia home in the middle of winter? It can mean more money for you! Here's how to attract buyers to your home, even when the snow is on the ground and temperatures are...
Amy Freeman Jan 26, 2015
https://6nb29bly7g.execute-api.us-east-1.amazonaws.com/ProdStage