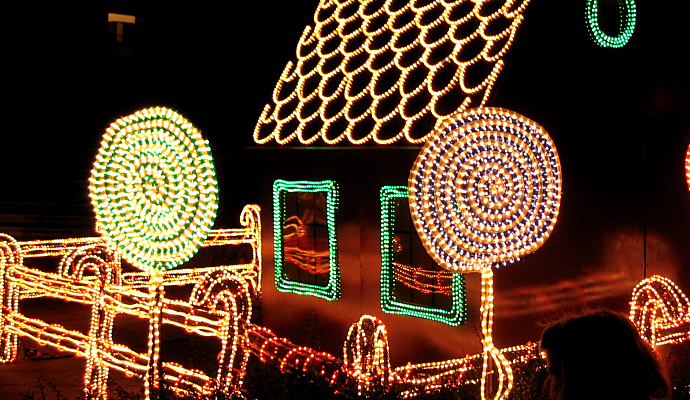 The tradition began in the 1960s: Put the kids in the back seat, and drive around looking at the neighborhood’s Christmas lights. Find the areas in Jacksonville that have the best holiday light displays.

The tradition began in the 1960s: Put the Baby Boomer kids in the back seat and drive around looking at the Christmas lights. This yearly ritual launched neighborhood rivalries in suburbs and cities across the U.S., and some places even publish lists of the best streets for holiday viewing.

That tradition continues in some Jacksonvile neighborhoods, where every home is seemingly competing for a “best holiday decorations” award. It’s Florida, so you won’t have to dig out the scarves and gloves, but you’ll still get a dose of holiday cheer in these spirited neighborhoods.

In the southside neighborhood near Chuck Rogers Park, the residents have a huge amount of holiday spirit, and they want to share it with everyone around them. Check out the houses on Loretto Road, where one large property has its own radio station tuned in to Christmas songs, and the lights on the property dance in time with the music. You’ll find a robotic singer, a dancing Santa, and thousands of twinkling lights. State Road 13 has homes a little bit more spread apart, but even the barns are decorated with elaborate lights here. Try Queensway Drive or Blakeford Mill Road to finish your drive in this neighborhood.

Arlington is home to some of Jacksonville’s oldest homes, and residents show pride in ownership when designing their Christmas displays. Drive down Catalonia Avenue to see many houses, including one with the entire home and yard encrusted with lights and Santa Claus landing on the roof in a helicopter. The Ellison family on Royal Port Drive has such an elaborate show — with music synchronized to 16,000 lights — that it was featured on the local news.

Some homes are so incredible that they’re worth the trip out to a section of town simply to see one house.These stars offer the best of the best holiday decorations, and gather fans year after year. The home on Snapping Turtle Drive in Atlantic Beach is one of these. It takes the owners a couple of weeks to install this light display, and it includes its own radio playlist, which changes each year. They’re proud that they’ve gotten installation down to 20 days, it’s such an elaborate showing.

The special house on the west end of Jacksonville is on Crystal Springs Road. Featured on the local PBS station and in the Florida Times-Union, this extravaganza grows every year. The tree in front has a video display, dripping snow tubes recreate the look of a white Christmas, and Santa has even been known to appear and hand out candy canes to the young ones. Lights dance to a variety of holiday songs broadcast through your car’s radio speakers, and the theme here is more traditional religious values instead of only candy canes and reindeer.

When it comes to lights and decorations, Jacksonville residents do it right. Head toward these stand-out displays, and you’re sure to catch a big jolt of holiday spirit. 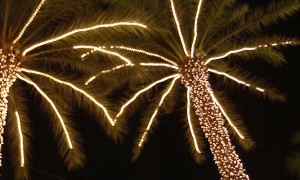 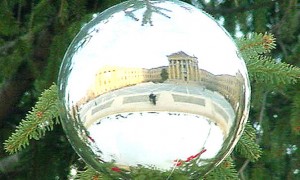 Your Guide to Holiday Decorations, Philly-style

Philadelphia loves decorating for the holidays, and now's your chance to join in with the best of them. Whatever decorative theme you pick, make sure you keep safety in mind. If you have a homeowners...
Amy Freeman Nov 18, 2013