Find out why the show’s producers called “home” the main theme for the next season of HBO’s mega smash-hit.

BEWARE OF THE SPOILERS

If you’ve ever been on the Internet, you’ve at least heard of Game of Thrones.  The wildly popular HBO smash hit follows the lives and political aspirations of the most powerful families in a fictional Medieval world.

If you also have Twitter, then you will definitely know that last night, the highly anticipated premiere for season six of Game of Thrones aired to the shock and awe of millions.  In a recent article in Vanity Fair, show-runners David Benioff and D.B. Weiss discuss the main theme of highly anticipated season six premiere airing Sunday, April 24.  “We talked about home a lot.”  And that would make sense.

Game of Thrones has dominated my life at 9:00 p.m. on Sunday nights (and countless hours on YouTube and Reddit researching theories.)  I have also read the books.  I’m just throwing that in there because apparently nowadays, everyone who reads Game of Thrones needs to tell everyone and their mother that they’ve completed the task (we’re becoming on par with the “humblebrag” kings: vegans…). I’m not proud, but I may have put equal man hours into my research of this fantasy series than I had for my final thesis paper as a History undergraduate student.

I enjoy Game of Thrones for its fast-paced action coupled with the wry, erudite dialogue dipped with philosophy and callbacks to history.  Game of Thrones has also been called many things for its recurring themes of graphic violence, unsuspecting twists and dragons by critics and fans alike. Besides the overt themes, there has always been one theme at the undercurrent of each main character’s story arc: the yearning for home.

In the show, the individuals of the most power noble families belong to their own “house”.  Each house has a “sigil” or symbol which represents their family and its customs and norms.  For example, one of the main families of the show is the Stark family.  They belong to House Stark and reside in their ancestral home at Winterfell where the Starks have lived for centuries.  Their sigil is a direwolf which represents loyalty and a strong sense of the pack.  Those are traits that all of the Starks are taught.  The same goes for the families of the remaining royalty in this fictional world.

Two of the dominant characters of the show prove this point.  Daenerys Targaryen (played by Emilia Clarke; hates slavery; loves dragons) has never known her home and has vowed to take back her rightful place there as Queen – with fire and blood, if necessary.

Jon Snow (played by Kit Harrington; knows nothing; currently in limbo) was effectively cast out of his home at Winterfell and went to the literal end of the world, only to be constantly drawn back to his old life at the place he used to call home.

The longing for a place to truly be able to call their home drives these to characters throughout the series.  Every action Daenerys takes – from marrying Khal Drogo to freeing slaves in order to gain their loyalty – is all in order for her to be able to sail back home to Westeros where her family ruled for hundreds of years.  Although Jon Snow is the son of the Lord of Winterfell*, he is a bastard.  And as a bastard, he was an outcast and never really felt as if he belonged.  Jon believed his only choice to find honor serving with his Uncle at the Wall in the Night’s Watch.  But while at the Wall, Jon’s former home at Winterfell is attacked and his family is taken hostage.  This causes an internal struggle: should Jon Snow leave his new home to protect his old?

In a long, complicated fantasy story such as Game of Thrones, there are many important and significant characters and they need to start their journey somewhere.  Many times, the journey of our heroes begins with leaving home.  Home represents order and safety.  It signifies a time when things were simpler.  So, after a character leaves home to find the world is more dangerous and not like the songs and stories they had originally thought in their naivety, home is what they yearn for.

For some characters on Game of Thrones, this season will come full circle (according to the producers). Will it be one of the two Stark girls, Arya and Sansa, who finally head back to Winterfell after being on the run and severely mistreated for so long? Or will Jorah Mormont finally be able to go back to Westeros after being exiled?

For most of us, we grow up as kids at home believing the world to be a certain way.  Then, as we leave home, we begin to slowly learn things outside of the comfort of home may not be as wholesome as they once seemed.  Social and political consciousness takes hold as we transition from children to adults and we see the world with different eyes.  Home begins to take on a new meaning.

And as we are gathered here today to get through this thing called life (I had to), we realize the impact that the home and community we grew up around has for the rest of our lives.

*If you still believe that tale, stay away from this video…

Header image via Flickr users BagoGames and and Jac Mac. 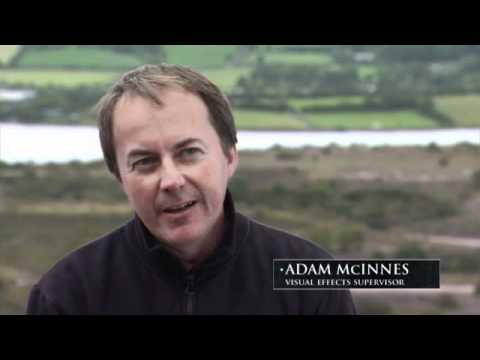 Outstanding Home in a Drama Series: Game of...

If you prefer blankets to swim trunks and skis to surfboards, then the castle at Winterfell from "Game of Thrones" might have piqued your interest if you were in the market for a cozy home (or hut) a...
Gustavo Gonzalez Jul 26, 2012

Game of Thrones: A Home Tour Through the...

Join us for a tour through one of the nicest homes in Game of Thrones - 'The Red Keep'. There's a lot to love about this home and community but also a whole lot to be wary of. Let's take a...
Gustavo Gonzalez Mar 29, 2013 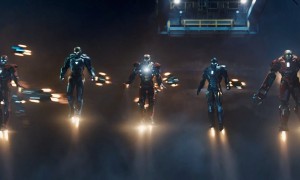