I can’t deny it… Tony Stark (played by Robert Downey Jr.) is one of my favorite movie characters on the big screen. And based on the scores of people who will pack the theaters on May 3rd for the debut of Iron Man 3, it’s safe to say I’m not the only one!

What I love most about Mr. Stark is that he transformed himself from a greedy, genius narcissistic who only cares about money to a bad-guy-fighting superhero that single handedly privatized world peace (albeit, still a narcissist).

Did you notice, like a teenage tech prodigy on steroids, Stark created his masterpiece from the basement of his own home? Which begs the question, what type of home does Tony Stark prefer? And what’s the story behind that house? Here are five interesting facts about the superhero’s ultramodern dwelling.

It makes sense Stark would be attracted to a hyper-modern home with breathtaking views on a private mountain hill. Considering he’s already saved the world twice, I say he deserves it.

Guest Blogger Rob Wachter is the Inbound Marketing Manager for Coldwell Banker Bain. You can read more posts by Rob on Fences and Flowers. 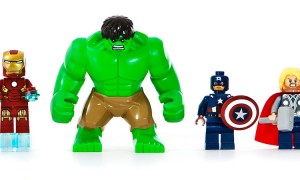 The Home of the Avengers

The Avengers is possibly the biggest movie of the summer if not the year. It's the first time this many super heroes are appearing in the same movie after many of them have previously had their own...
David Marine May 3, 2012

Home of the Week: Ocean Views in Rancho Palos...

In our newest 'Home of the Week' we join LXTV Open House for a look at a nearly 8,000 square foot home at The Estates at Trump National in Rancho Palos Verdes, California.
Gustavo Gonzalez Feb 20, 2014

The Golden Globes are considered to be Hollywood's ultimate awards show where the stars mingle in a setting not often seen by those from the outside. But before the Golden Globes resided at the...
David Marine Jan 7, 2013
https://6nb29bly7g.execute-api.us-east-1.amazonaws.com/ProdStage