Historic Homes in Philadelphia: Take a Peek at the Treasures from the Past

Whether you live in a historic home or a newer building, there’s no denying that historical properties play a big role in Philly’s identity. Check out a few of the historical buildings in the city. You might get inspiration for your own home.

Philadelphia is an old city, dating back to 1682, when William Penn received his charter from the King of England. Over the past few centuries, it has played a big role in the development of this country, serving as the site of the signing of the Declaration of Independence and as one of the country’s first capitals. Visitors come to Philly to learn more about its history, while residents of the area get to experience history every day, especially if they happen to live in one of the many historic homes in the area.

Elfreth’s Alley is a small side street in Old City that boasts of being the oldest residential street in the U.S. Thirty-two historic homes, built between 1720 and 1830, line either side of the narrow alley. Along with simply strolling up and down the street, taking a look at the exterior of the homes, you can also stop into the Elfreth’s Alley museum to get more information on each property and for a tour. The museum is typically open on weekends from noon until 5 p.m.

Fairmount Park is home to several sprawling, historic homes. Laurel Hill Mansion is one of them. The house dates back to 1767 and was originally a two-story brick home in the Georgian style. Later additions included a wing on the south side and an eight-sided wing on the northern side of the home. The architectural details and furnishings inside the home are enough to make any history buff happy, but it’s the mansion’s position, on higher ground overlooking the Schuylkill River, that can be really impressive. The back porch of the home has a great view overlooking the river. The mansion is open to the public on Thursdays through Sundays from 10 a.m. until 4 p.m.

Strawberry Mansion is another Fairmount Park house. It happens to be the largest historical home in the park and was once the home of judges and government officials. Originally, the mansion was called Summerville, but changed its name in the middle of the nineteenth century, due to the abundance of strawberries that grew on the land. Guided tours of the mansion are offered Tuesdays through Saturday during the winter and from Tuesdays through Sundays in the spring, summer, and fall.

Located in Germantown, the Johnson House is the only intact stop on the Underground Railroad in Philadelphia. The home was owned by the Johnsons, a Quaker family who helped African-Americans escape to freedom from slavery. It’s open for guided tours on Thursdays, Fridays, and Saturdays, and is open by appointment only on Mondays, Tuesdays, and Wednesdays.

Whether you want to learn more about the history of Philadelphia or marvel at the architecture and furnishings from the past, the numerous historic homes in the city are a great place to do it. 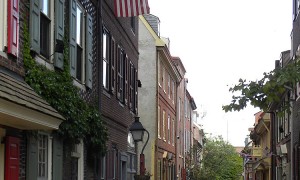 Historic Homes in Philadelphia: What You Need to...

Historic homes may look charming, but they can also mean a lot of headache and a lot of making sure your house follows the rules. Learn what's involved in buying and maintaining a historic house...
Amy Freeman Jul 29, 2014 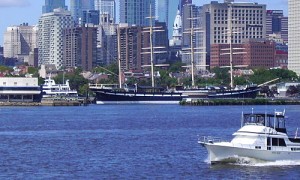