Is Wallpaper in Style in Dallas-Area Homes? You’d Better Believe It!

Dallas home buyers hoping to get some bang for their buck with home improvements sometimes ask, “Is wallpaper in style?” It may be all over Pinterest and other social media sites, but is it a selling point for people looking for a new home.

Dallas home buyers hoping to get some bang for their buck with home improvements sometimes ask, “Is wallpaper in style?” It may be all over Pinterest and other social media sites, but is it a selling point for people looking for a new home in the Metroplex? According to a designer at one of the area’s oldest wallpaper and paint stores, it’s one of the hottest trends going in interior style.

Marcey White-Pillow, an East Coast transplant with more than 20 years of experience, is the go-to woman for wall covering ideas at Texas Paint and Wallpaper, a Dallas institution since 1947. Wallpaper is a great investment for Metroplex homeowners, she says, but with a modern twist.

Home buyers aren’t going for the look that their grandmas had. “People aren’t necessarily doing the whole room,” she said. “They pick a great pattern and create an accent wall.”

The accent wall gives homeowners the ability to go bold with their design, especially those who are rocking a mid-century interior style. “The show ‘Mad Men’ has had a huge influence,” White-Pillow said. “People love that ’60s set design.” Popular wallpaper choices include chevrons, paisleys, and links with bright pops of color such as tangerine and lime.

Those citrus colors also are adding a modern twist to early 20th century wallpaper designs that Dallas homeowners with traditional style appreciate. “Floral damask wallpaper never goes away,” she said. “People like the tone on tone. It’s easy to look at for a long time. The modern take is the bright colors on a white background or a more graphic looks with straight lines.”

Modern rustic, the style that some Metroplex home buyers choose for a Texas-themed home, calls for great wallpaper as well, White-Pillow said. “People love grass cloth or anything with a coarse weave.” Some wallpaper styles look just like fabric. Other popular choices include cork with just a hint of silver sparkle or the look of rustic barn board.

When she’s not answering the question, “Is wallpaper in style?” White-Pillow is advising homeowners on the best ways to freshen up the interior of their home with paint. Here, “greige” reigns supreme, she said. A great gray-beige color gives homeowners lots of flexibility to change their furnishings without having to paint an entire room.

Accent wall colors that are popular in Dallas homes, according to White-Pillow, are the citrus colors of lime, lemon, tangerine, coral, and more. On the other end of spectrum, homeowners are choosing accent walls with dark colors like charcoal gray.

No matter whether homeowners update with wallpaper or paint, one of the best places for an accent wall is behind the bed in the master bedroom, she said. Other areas include entryways or one wall in a living area.

You can accomplish a lot with wallpaper: create an accent wall, add texture, go modern, or be somewhat traditional. It’s definitely one of your most useful decorating tools in today’s Dallas/Fort Worth area.

A Front Row Seat to the Dallas Skyline: Neighborhoods with the best views of Big D
Bike-friendly communities abound in Dallas-Fort Worth area 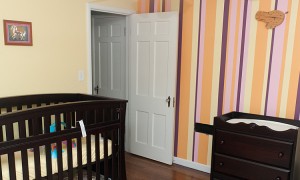 Choose from a variety of accent wall ideas to create an elegant or bold touch to your home. Whether you choose a wall in your living area, kitchen, bedroom or bathroom, accent walls allow you to...
Tammy Valentine Jun 9, 2014 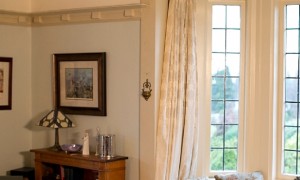 Refreshing your home's rooms doesn't require a full remodel or furniture overhaul. With just a few strokes of a brush, the right colors, and these interior painting tips, your DFW home can feel new...
Suzanne Gattis Apr 25, 2014 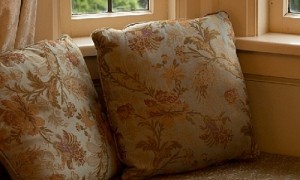 Choosing colors when decorating a home can be daunting. Some homeowners decide to play it safe with neutrals and white walls, adding color with pillows and other small home accessories. Others...
Tammy Valentine Jun 26, 2013
https://6nb29bly7g.execute-api.us-east-1.amazonaws.com/ProdStage