He’s done it again. Last month, William P.D. Pierce listed America’s most expensive property at $139 million, and today he’s listed Miami-Dade’s most expensive property on the market. At $65 million, La Brisa is a rare 6.9-acre tract of waterfront land in the heart of Coconut Grove that has not been subdivided since it was created in 1886, with fully restored and renovated 1920s era mansion. In a town where waterfront property has been snatched up and developed for decades, a property of this size with more than 200-feet of bay-front is extremely rare. The truth is: properties like this just don’t exist. It’s located in one of Miami’s coolest parts of town, Coconut Grove, which has attracted business tycoons, artists, novelists and celebrities since the late 1800s. Today, it’s is a laid-back enclave of sidewalk cafes, bars, boutiques, art galleries, lush parks and picturesque streets. But as you pass through the gates of La Brisa, all of that disappears and it feels like you’ve traveled back in time.

The mansion sits on an ancient coral reef 23 feet above sea level, and features 13,803 square feet “under air” plus an additional 3,338 square feet of outdoor living space, for a total square footage of 17,141. Nearly every room flows into an outdoor space, whether it’s one of the many balconies or walkways, or through direct access to the pool patio.  Not too shabby. Reportedly, the outdoor space alone easily fits 250 for a poolside party, which is an important selling point in a party town like Miami. The mansion was designed by famed Miami architects Kiehnel and Elliott, known for their Mediterranean Revival style using pastel stucco walls, red-tile roofs, wrought iron details and elaborate accents along entryways, rooflines and windows. The team produced some of Miami’s most notable buildings including El Jardin and the Coconut Grove Playhouse. It’s a stunning building, but the grounds are what’s really impressive. The property is dotted with mature trees including towering centenary Canarian Date Palms, royal palms, royal poincianas, mahogany, oak and gumbo limbo trees, some which are nearly as old as the house itself, some much older, as well as a stately banyan tree that straddles the property and a hidden cobblestone path.

A huge lawn stretches down to a protected 536-foot long canal bordering the northern side of the property, which includes a private port to accommodate your 70-foot yacht. The waterfront is protected by a copse of mangroves, with an elevated walkway leading to an octagonal viewing deck over the bay. Even beyond its relaxed beauty, La Brisa boasts a colorful history that dates back to the early settlers of Miami. The land was first deeded in 1886 to Kirk Munroe, a noted author of children’s adventure novels and books about Florida, and his wife Mary Barr Munroe.  Munroe played a big role in the area’s history: He introduced the first legislation in Florida to protect an animal after an injured manatee washed onto the property, built South Florida’s first tennis court and hosted the first game of tennis in 1892, and founded the Biscayne Bay Yacht Club. During the Spanish-American War, he supplied water from La Brisa’s spring – which still exists today and feeds a natural pool – was transported 120 miles south for the American troops anchored in Key West. Reportedly, a box of Florida orange blossoms from the Munroe property that was shipped to Henry Flagler convinced him to bring his railroad south to Miami.

History buffs and billionaires alike will be clamoring to see this truly spectacular property. See more of this property at coldwellbanker.com. 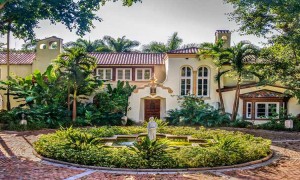 A look at Miami's most expensive property in one of its most exclusive neighborhoods
Gustavo Gonzalez Dec 2, 2014 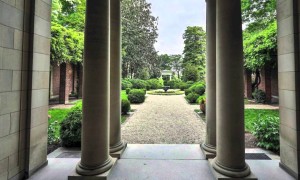 In our newest 'Home of the Week', we move from a "Mansion of the Year" candidate to a possible "once in a century" property in Washington D.C. The estate that was home to the Textile Museum for...
Gustavo Gonzalez Jul 31, 2013 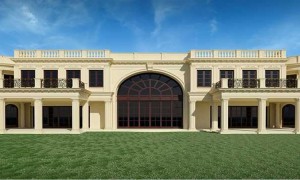 Most Expensive “Palace” in the US Hits the...