Moving to NYC? Many of the missteps made by newcomers to the city could have been avoided if someone had just taken them by the hand and shown them the ropes first. Included here are a few words of wisdom you’ll need to live in and love NYC.

You’re moving to NYC. Congratulations! Now fasten your seat belt. Moving to New York is one of the most awesome, scary, enviable, and amazing things you’ll ever do, but make sure you know what to expect before you get here. Listed below are seven of the most important things you’ll need to know before carving out your slice of the Big Apple.

You already know this, but it’s worth repeating for those in the cheap seats: Living in NYC costs money. If you’ll be renting, you’ll need to bring money for your first month’s rent, your last month’s rent, the security deposit, and the broker’s fee. If you’re buying, you’re going to have to put a hefty percentage down if you want to get into the best buildings. There are always exceptions, but these are the rules.

2. You can have practically anything delivered.

If you’re an agoraphobic recluse with hoarding issues, no one ever needs to know your secret … because you can have just about anything delivered. Thanks to tons of vendors who deliver, including FreshDirect, Max Delivery, Amazon, local pharmacies, wine shops, Seamless.com, and Walgreens, you can have everything from your groceries to a credenza delivered right to your door.

3. Mastering the MTA will increase your quality of life.

When you’re moving to NYC, do yourself a favor: Nerd up and study New York’s subway system for an afternoon. Use the transportation app HopStop or simply stare at a NYC subway map, learning the best ways to get to the destinations you travel to most frequently. Trust us; you don’t want to wake up two years from now and find out that your hour-long commute could’ve been cut in half if only you’d known to transfer at Broadway-Lafayette or use the 7 to cut across town.

4. Summers can be brutal here.

Yes, New York City is beyond awesome, but during the peak of summer, there’s this weirdly awful period of intense heat and soupy air. Unless you truly love this type of weather or you’re mostly out of town most during the months of July and August, you’re going to want to deal with your air conditioning situation (or figure out some form of alternative home cooling) in a timely manner.

5. New Yorkers are a lot nicer than everyone thinks.

The city has a reputation for being tough and rude, but you’ll find that New Yorkers can be some of the nicest, most helpful people in the world. Except when they’re driving. Or hailing a cab. Or blocking a subway door. Otherwise, they’re awesome.

6. Something is open somewhere, no matter the time of day.

If you’ve got a sudden craving for a pot roast at 3 am but you don’t have one in your fridge, you can find one at one of the many supermarkets that are open 24 hours per day. Plenty of restaurants stay open round-the-clock, too. And if you need a growler refill and psoriasis prescription medicine at 3am, you can get it. That’s right — you can get beer and meds at Duane Reade.

7. You can be a frugal foodie.

Living on a tight budget? There are so many cheap, excellent places to eat all over the city, it’s possible to be broke till payday and still eat well.

The 4-Step Plan for Moving Day in NYC

Moving day can be a daunting, but ultimately exciting day. While it does have the potential to be a chaotic experience, there are a few easy tips you can implement to ensure that the actual day...
Jacqueline Clair Aug 1, 2014 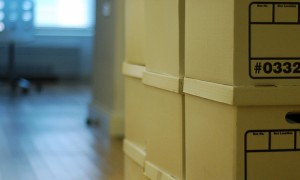 The 4-Step Plan for Moving Day in NYC

Moving day can be a daunting, but ultimately exciting day. While it does have the potential to be a chaotic experience, there are a few easy tips you can implement to ensure that the actual day...
Jacqueline Clair Aug 26, 2014 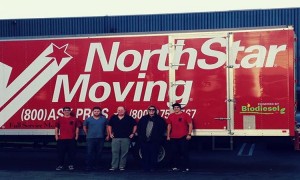