Museums in Dallas: Nearby Neighborhoods and Suburbs

Dallas boasts a number of museums and cultural points of interest that showcase diverse styles of architecture and the city’s unique history. Most are easily accessible because of the area’s convenient system of highways.

With a rich history and millions of inhabitants, greater Dallas boasts a number of museums and cultural points of interest that showcase diverse styles of architecture and the area’s unique history. With most of the museums in Dallas located in the heart of the city between the area’s major highways, the fine arts are easily accessible to locals in nearby neighborhoods and even outlying suburbs.

Spanning 19 blocks, the Dallas Arts District is located between Stemmons Freeway and the North Central Expressway. Because of its location, the district is a short drive from nearby suburbs including Irving, Richardson, Farmers Branch, and Mesquite. Nearby neighborhoods include Lakewood, University Park, Oak Cliff, and Oak Lawn.

The Dallas Arts District includes well-known museums such as the Dallas Museum of Art, the Nasher Sculpture Center, and the Perot Museum of Nature and Science. The area is also home to museums devoted to the history of specific cultures and ethnic groups. Furthermore, a leisurely walk around this district is perfect for viewing historical buildings with beautiful architecture, such as the High Victorian Gothic style found at the Cathedral Shrine of the Virgin of Guadalupe and the Classical Revival seen at the historic Belo Mansion.

Memorializing one of the most infamous days in Dallas history and events that horrified a nation, The Sixth Floor Museum is dedicated to President John F. Kennedy. Featuring exhibits that celebrate the president’s life and career along with a re-creation of the assassination site, this building was the former book depository where Lee Harvey Oswald worked. Since the museum’s opening in 1989, over six million visitors have paid a visit to the site.

Located roughly a mile southwest of the arts district, the Sixth Floor Museum is close to urban living areas in Uptown and Downtown Dallas and is near Oak Cliff, Oak Lawn, and Highland Park. The museum is a short drive from suburbs like Grand Prairie, DeSoto, and Irving from the west and south and Mesquite, Richardson, and Plano from east and north.

Situated on White Rock Lake near the Dallas medical district, the Dallas Arboretum is a cultural hot spot for outdoor enthusiasts. With expansive lawns, matured varieties of oak trees, and a handful of gardens boasting various species, the arboretum is a haven for people yearning for leisurely walks and picnics. Easily accessible from neighborhoods such as Lakewood, Lake Highlands, and Hollywood Heights, the arboretum is also an easy drive from Richardson, Garland, and Rowlett.

For locals, museums in Dallas are easily accessible from nearly every corner of the Metroplex because of the area’s system of highways and toll roads. Residents who wish to live near museums and cultural points of interest have a variety of neighborhoods from which to choose. 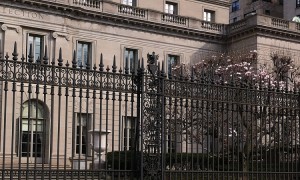 3 Neighborhoods with Great Museums in NYC

The museums in NYC are some of the best things the city has to offer. They're a fantastic way to experience culture and beauty, while learning something new. Visit the Upper East Side, the Upper West...
Jacqueline Clair May 12, 2014 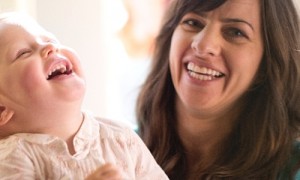