Welcome to NFL season in Las Vegas. While no NFL team actually plays here in Nevada, there’s no shortage of fans for pretty much every team around the country and many residents show a hometown loyalty when it comes to football.

Welcome to NFL season in Las Vegas. While no NFL team actually plays here in Nevada, there’s no shortage of fans for pretty much every team around the country. With Vegas being a mecca for folks from all parts of the map, many residents and visitors maintain hometown loyalty during NFL season. Even those born and bred here in Las Vegas usually find a team to adopt as their own. Maybe Grandpa came from Chicago, so the Bears thing just stuck through the generations. Some go for the Chargers since geographical proximity isn’t too much of a stretch there — and why not have yet another reason to visit beautiful San Diego?

If you enjoy kickoff from the comfort of your own living room, the area’s major cable/Internet provider, Cox Communications, offers its NFL Red Zone seasonal package for $39.99, giving you front-row seats to every game. You must also be a subscriber to its Sports and Information Pak to add the seasonal package. Many fans enjoy rooting for the Packers even more when they can go sit by their pool in the sunshine after the game. Some football-loving Las Vegans have been known to install TVs in covered patio areas of their backyard so they can cheer on the game and sit by the pool at the same time.

There are many establishments around town that draw crowds throughout NFL season, with multiple giant screens broadcasting multiple events. Buffalo Wild Wings and PT’s have locations all around the Valley. There are plenty of other establishments off the Strip, like Remedy’s Tavern, Tommy Rocker’s, and Big Dog’s. Locals also like to gather at their nearest Station Casino sports book, or on the Strip at the world’s largest sports book in LVH (formerly the Las Vegas Hilton), or Lagasse’s Stadium at The Palazzo — formed out of a space built and outfitted for a nightclub by music mogul and artist, Jay-Z.

Although all the sports books and bars are filled with game coverage and fans cheering on every first down, some pubs devote themselves to one team in particular. This helps create that authentic “back-home” vibe where all the local establishments show the home team’s games exclusively.

Needless to say, diehard fans know where to go during NFL season in order to find “their own kind.” If you’re new in town, you can check out the Las Vegas Review-Journal’s published directory. On a morning foray to Miami Dolphin-land (AKA, Tommy Rocker’s Dean Martin Drive location) super-fan Skip was holding court at his usual table. Skip lead the faithful in Dolphins cheers and prayers, sometimes invoking his decorated helmet as a talisman — ineffectively, in this case. “Some weeks it’s hard being a Dolphins fan,” he mused after another tough break for his team. And yes, Las Vegas sports fans, you may be having beer and nachos for breakfast when your team is back East and kick off’s at noon Eastern Standard Time.

Whichever team is dear to your heart, for whatever reason, there’s plenty of sports books around town for putting a little wager down on the NFL season action.  If you want to catch live college play, you can always route for the Division 1 UNLV Rebels at Sam Boyd Stadium. The Las Vegas Bowl is also hosted yearly there. Go Reb! 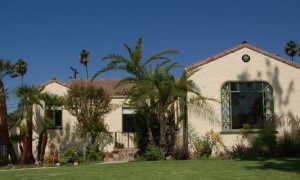 Best Season to Sell Your Home in Las Vegas

While the retail calendar may march to its own drummer, is there a unique seasonal rhythm to follow when planning to sell your home? There are some common-sense rules of real estate to keep in mind...
Terri D'Richards May 10, 2014 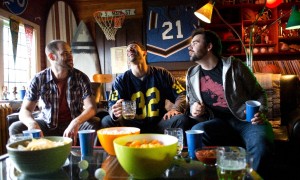 Whether you're a college student, a dad, or retired, if you're the man of the house, you want a place in the house for a man. In other words, you want a Man Cave. Here are some tips for converting...
Terri D'Richards Jun 26, 2013
https://6nb29bly7g.execute-api.us-east-1.amazonaws.com/ProdStage