No Curb Appeal: 4 Red Flags Outside a Philly Home

When checking out homes in Philly, it’s what’s on the outside that counts. You’re more likely to buy a home with great curb appeal. If a home doesn’t look so hot on the outside, it could be a sign of serious problems within.

People might say that it’s what’s inside that counts. But, in the case of houses, it’s what’s outside too. That’s why real estate agents put such an emphasis on curb appeal. The way a home looks when a buyer first walks up to it can make or break that person’s decision to buy. But, curb appeal goes beyond just looks. A house that’s neglected on the outside might have some serious problems inside. When you’re on the market for a home in Philadelphia, keep your eyes open for these common exterior problems.

Who wants to buy a house with a basement that floods or with other drainage issues? Not you, that’s for sure. To see if there are drainage issues, take a look at the back yard. If there are lots of puddles back there, that could be a sign of drainage problems. If the home’s current owners have any landscaping in the yard, take a look at the mulch. If there are random piles of it in places, it’s likely that there’s an issue with drainage and that water can’t seep into the soil quickly enough. Instead, it backs up, causing the mulch to float and move around when it rains.

You can also detect drainage issues by looking at the gutters and downspouts. If the gutters are clogged or have small plants growing out of them, it’s likely that they haven’t been cleared in some time. The water that would normally flow through them and away from the house might be flowing into the house instead.

While you might see signs of pests, such as ants and mice, more easily inside the home, there might also be signs of a potential pest problem on the exterior. If there are shrubs in front of the house, note how close to the actual building they are. When shrubbery touches the house, it’s easier for bugs to get in. If you notice piles or tunnels of dirt along the outside of the house, that can be a sign of ants. Look for any strange openings or holes in the exterior walls, too, as it’s possible for raccoons, squirrels, or mice to get into those openings and make your potential house their home.

Trees might be a rare thing in some Philly neighborhoods, but if you’re looking in an area that has them in abundance, you want to be particularly cautious. Take a look at large trees and how close those trees are to your home. Even if a tree is healthy, it’s possible for it to fall over and land on your house if there’s a bad storm. Trees that are planted very close to the house can also cause foundation problems in the future.

Graffitied and Neglected Homes on the Block

Even if the curb appeal on the home you’re looking at is top-notch, it helps to look at the other houses on the block. Houses that have boarded up doors or window or graffiti on their exterior walls are typically not houses that people are living in and caring for. It might be that the area is up and coming, but if there are lots of signs of neglect, it could be some time before the neighborhood improves.

Red flags on the exterior of a home might not be deal breakers. But, you do want to know about them before you move to the final stages of buying a home, so that you can negotiate the best deal possible with the seller. 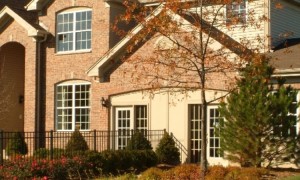 Does your home's curb appeal landscaping game fall short? The way your home looks from the outside says a lot to buyers. Your lawn, landscaping, and even the numbers that mark your house set the bar...
Lindsey Chamberlain Oct 9, 2015 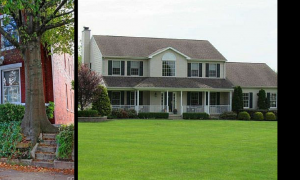 Improve your curb appeal with these tips from Hometalk.
Lindsay Listanski Mar 18, 2015 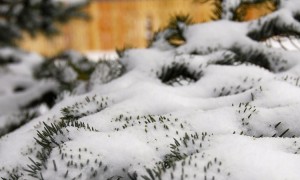 Do winter landscapes make you feel dull and drab, somehow just unsatisfied with the curb appeal your home is presenting? It doesn't have to be that way! Consider a few yard improvement projects that...
Tiffany Aller Jan 28, 2016
https://6nb29bly7g.execute-api.us-east-1.amazonaws.com/ProdStage