Prices up, inventories down

Home sales rose again in November to an annualized rate of more than 5.6 million units, the highest monthly rate since February of 2007, nearly 10 years ago.

A spike in the Northeast and a smaller increase in the South pushed sales up 15.4% compared with 12 months earlier, according to a regular monthly report from the National Association of Realtors. Northeast sales increased by 8% compared with October and 15.7% year-over-year.

NAR’s chief economist, Lawrence Yun, called it an outstanding three-month stretch for the housing market, driven by “The healthiest job market since the Great Recession.”

Fear about the direction of mortgage rates may have contributed to the sales activity, according to Yun. Interest rates jumped from about 3.5% at the beginning of November to more than 4% for a 30-year loan by the end of the month.

“The anticipation of some buyers to close on a home before mortgage rates accurately rose from their historically low level have combined to drive sales higher in recent months,” he said.

Sales strengthened even though buyers had fewer properties to choose from; the number of homes on the market dropped 8% by the end of November to 1.85 million units. It was the 18th consecutive month of falling inventory. Tight supplies have driven price increases in many metro areas and made it harder for first-time buyers to purchase homes. The share of sales to new buyers dropped to 32% in the month, down from 33% in October and well below the 38% level in 2013.

Home construction has picked up to bridge some of the gap, according to Robert Dietz, the Senior Vice President for Economics and Housing Policy for the National Association of Home Builders. Sales of new homes rose by about 15% this year. A lot of that growth was in single-family homes; multi-family development peaked in 2015. 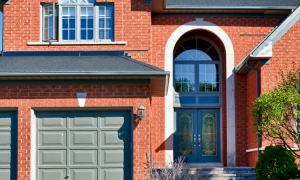