Philadelphia Neighborhoods: 5 Things You Didn’t Know About Passyunk and Fishtown

Philly is a city of neighborhoods and each neighborhood has its own distinct personality and feel. Two of the more popular areas of the city, Fishtown and East Passyunk, are full of quirky delights. Here are five of our favorites.

Fishtown and East Passyunk are two Philadelphia neighborhoods that have really come into their own in recent years. The two neighborhoods have become popular for people looking to buy homes in Philadelphia and for people visiting from surrounding areas, as both are full of restaurants, bars and other things to do. Whether you’re a lifelong Philadelphian or a recent transplant to the area, here are some things you might not have known about these two areas.

#1: Fishtown is home to the world’s first pizza museum.

If you love pizza and can tell the differences between a slice in Brooklyn, a slice in Chicago and a slice in Philly, then you need to visit Pizza Brain in Fishtown. Pizza Brain is more than just a restaurant, it’s also home to the world’s first pizza museum, housing the world’s largest collection of pizza memorabilia. It’s even received recognition from Guinness World Records.

Fishtown might be the place for pizza, but East Passyunk is the place for pretty much every other type of food in the city. Food & Wine named Passyunk Avenue, the street at the heart of the neighborhood, as one of the “10 Best Foodie Streets” in the country in 2013. It’s easy to see why — you can find restaurants serving fancy French-inspired dishes, places serving creative modernist cuisine, and even a store selling artisan limoncello.

#3: Fishtown’s Penn Treaty Park has lore all its own.

Fishtown is home to Penn Treaty Park, a green space on the edge of the Delaware River. Today’s park is home to a number of events and festivals while giving residents a place to enjoy some time outdoors. It also has a long history and a bit of folklore that accompanies its founding. An elm tree in the park (which has since fallen) was said to be the site of a peace treaty between William Penn and the Leni Lenape tribe. It’s possible the meeting never took place, but it’s come to symbolize the peaceful approach Penn took to settling in the area.

#4: Fishtown has First Fridays, too.

First Friday is a time of celebration in a number of Philadelphia neighborhoods, including Fishtown. While First Friday events in Old City tend to get a little crowded, Fishtown offers you a chance to check out local art without feeling like a sardine in an art gallery. Most of the events take place along the Frankford Avenue Arts Corridor. Free and open to anyone, First Friday in Fishtown is worth checking out, whether you’re into art or not.

#5: In East Passyunk, Second Saturday gets the attention.

Never one to go along with the crowd, East Passyunk instead celebrates arts and culture on Second Saturday every month. The Passyunk Avenue event focuses more on local businesses than on art, although some coffee shops on the street hold opening receptions. Food trucks and special deals are two of the main attractions at Second Saturday.

Whether it’s history, food, or art, Fishtown and Passyunk are each a treasure trove of facts and fun bits of information. Whether you’re thinking of calling Philly home or are just passing through, be sure to pay either a visit to learn more about what the neighborhoods have to offer.

South Philadelphia Neighborhoods: Should You Buy in Whitman?
Getting Philadelphia Gardens Ready for Fall and Winter

Moving to Philadelphia? Check out some of the hottest neighborhoods in the city. Whether you want to be close to your job, arts and culture, or dining options, these five neighborhoods have a lot to...
Amy Freeman Sep 29, 2014 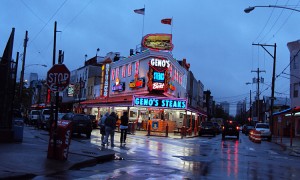 The area around East Passyunk has experienced a bit of a revival over the past decade. If you love going out at night or enjoying a great meal, find out why Food & Wine magazine named the avenue...
Amy Freeman Jul 29, 2014

With over 100 distinct neighborhoods in the Philadelphia area, it is easy to see how many people would miss the historic gems located throughout this great city. Here is a list to help you get to...
John Banks Jul 20, 2013
https://6nb29bly7g.execute-api.us-east-1.amazonaws.com/ProdStage