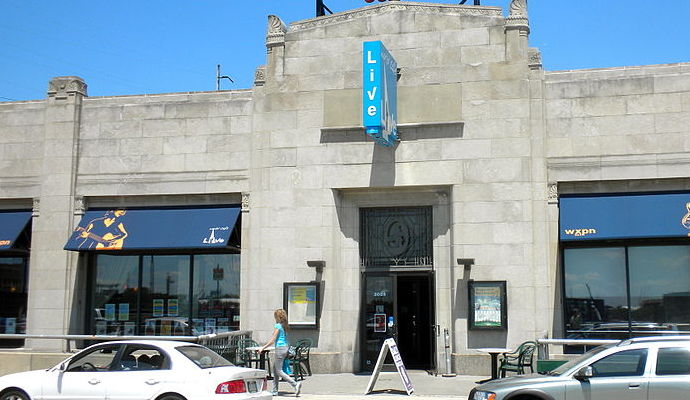 Whether you like jazz or are looking to catch the next big act before they become famous, Philly’s music scene has a lot of options. A few neighborhoods feature a concentration of music venues, both large and small.

Philly is buzzing with places to catch a new band or listen to live jazz music. Philadelphia nightlife is quite diverse, and the city’s neighborhoods feature plenty of venues, from small hole-in-the-wall locations to major concert halls. No matter what type of music you like, be it indie rock or singer-songwriter, experimental jazz or more mainstream offerings, you’ll find a place somewhere in the city on any night of the week that has what you’re looking for.

The area west of the Schulkyll River offers a cornucopia of live music options, which start pretty much the instant you cross the river. World Cafe Live, named for the popular radio program that airs on WXPN, a local station, features two stages, a restaurant, and space for 600 concertgoers. The venue offers an eclectic mix of performers from local bands and also welcomes well-known artists, such as Nick Lowe and Jonatha Brooke. Other live music venues in West Philadelphia include the Blockley, the Rotunda, and the Green Line Cafe.

If you’re into indie music or dance music, the venues in Fishtown, located in the lower northeastern part of the city, are worth checking out. The Barbary has something going on almost every night of the week, including 90s-inspired dance parties as well as Tigerbeats indie dance party, which is held on Monday nights. In addition, some of the shows at the club are for all ages. Johnny Brenda’s has established itself as an area institution. The venue hosts indie bands and local acts. Some nights are reserved for DJs or for cabaret performances. Fishtown is also home to smaller venues, such as the M-Room and Kung Fu Necktie, that book indie acts.

Although South Street has changed a lot over the years, it’s still a hot spot of Philadelphia nightlife. The street is home to the Theater of Living Arts (TLA), a venue that originally started as a movie theater. The TLA is a Live Nation venue and features a mix of mainstream rock and pop artists as well as some indie acts. Down the street from the TLA is what is now called the Legendary Dobbs, formerly known as JC Dobbs and a host of other names. This small venue is renowned for bringing before-they-were-famous bands to Philly, Nirvana among others. Today, it continues to feature up-and-coming acts.

Located just below Fishtown, Northern Liberties is in its own right a hot place for live music. Ortlieb’s Jazzhaus on North Third Street was iconic, offering live jazz nearly around the clock. It shut down in 2010 after almost 25 years of operation. It was, however, given a new lease on life in 2012 when it reopened as Ortlieb’s Lounge. The venue still features live jazz but also offers a wider range of music than its previous incarnation.

A few blocks over from Ortlieb’s is the Piazza at Schmidt’s. Although live music isn’t the primary focus of the Piazza, it does from time to time feature free concerts in its open-air plaza. If you like your venues a bit on the gritty side, the Fire on Girard Avenue is a place to check out. The venue showcases new acts and artists. Past acts that have played at the Fire and gone on to become big names include Maroon 5, OK Go, and Iron and Wine.

How to Maintain a Stucco Exterior
Your Perfect Patio: Enjoy Your Outdoor Patio Three Seasons or More

While Texas may be known for its famous country musicians, the state also boasts a deep rock-and-roll and blues legacy. Dallas-Fort Worth locals and visitors have an abundance of musical festivals...
Lindsey Chamberlain Sep 24, 2013 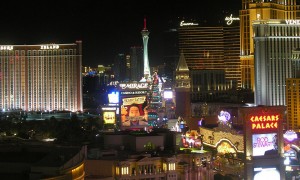 Vegas Nightlife Hot off the Strip

There's no denying that Vegas nightlife emanates from the heart of the Strip, where world class dining, fabulous shows and decadent nightclubs beckon amidst a steady pulsing neon glow. But locals...
Terri D'Richards Jul 22, 2013

If you are priced out of the downtown area of Philadelphia, you still have a plenty of options. Some Philadelphia neighborhoods feature nightlife, restaurants and green space, without the high price...
Amy Freeman Jul 16, 2013
https://6nb29bly7g.execute-api.us-east-1.amazonaws.com/ProdStage