Recent home sales in Dallas haven’t simply recovered, as in most of the country. They are booming. With the Dallas-Fort Worth Metroplex ranked as one of the top areas experiencing job growth in the first half of 2013, the housing market has exploded.

Gauged by recent home sales, the Dallas real estate market has not simply recovered—it is booming. The housing market here has exploded, and the Dallas-Fort Worth Metroplex ranks as one of the top areas experiencing job growth in the first half of 2013.

What a Difference a Year Makes

According to the Dallas Morning News, preowned home sales in the first half of 2013 are up 20 percent from the same period in 2012, setting a North Texas sales record. In July 2013, home sales jumped 27 percent, setting another all-time high. Some neighborhoods are experiencing the largest increases in value since the 1980s.

Even though some analysts worry about the effect of higher interest rates on the housing market, the Dallas Morning News says local experts do not consider that to be much of a factor, primarily because of the area job market. The Metroplex is in the top five areas of the United States for job gains, and where there are jobs, people buy homes.

Jobs Are the Key

The Dallas Morning News reported that Dallas-Fort Worth created over 100,000 new jobs in the first half of 2013. Only 35,000 permits to build residential homes were issued in the same period of 2012. Fewer new homes available meant that recent home sales of existing properties experienced record-breaking gains.

In some of the area’s more popular neighborhoods, prices have gone up sharply, according to the Real Estate Center at Texas A&M University. Experts explain that the areas that are particularly short on homes for sale include Far North Dallas, Coppell, Richardson, and Grapevine. The Dallas Morning News reports that the median price for a home in the Dallas area has reached a record high of $186,000. That is still considerably below the median price in the United States of $203,500.

It Is a Seller’s Market

Real estate agents and home buyers find that, whereas houses languished on the market for months in 2012, they last only days in 2013. Sellers may receive up to five or more offers in less than a week. The average sale time in late 2013 is 49 days.

How long is this seller’s market going to last? Local economists are expecting the housing activity to moderate in 2014. Prices will not rise as steeply as they are rising now.

Although Dallas has a hot market, others were hotter. According to The Dallas Morning News, Sacramento, California led the country with home sales up by nearly 40 percent over 2012. Atlanta, Georgia and Cape Coral, Florida followed with 39 and 36 percent increases, respectively. 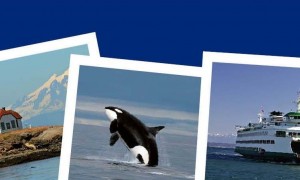 In reviewing the year-to-date activity for 2015, the real estate market volume on San Juan Island reflects an increase of 7.5 percent for the period of January through September as compared to the...
Merri Ann Simonson Nov 17, 2015

Las Vegas homebuyers are still snapping up properties faster than inventories can match demand, although there has been an increase in homes coming on the market. All-cash sales and short sales also...
Terri D'Richards Oct 30, 2013