Four bedroom homes are fast becoming the standard, replacing the three-bedroom home that has been part of the suburban landscape for more than 40 years. Boomerang kids, aging parents, and even friends are part of the 2013 household.

Four-bedroom homes are quickly becoming the standard, replacing the three-bedroom home that has been part of the suburban landscape for more than 40 years. Why are Americans going bigger even though family size is dropping?

Statistically, families have been diminishing in size in the United States for the past 20 years. Couples are opting to have fewer children, and with nearly half of all marriages ending in divorce, more singles now live alone than ever before. What statistics do not typically count are the boomerang children, elderly parents, roommates, and siblings that choose to live together.

One of the reasons analysts believe the four-bedroom home is becoming the norm is because home buyers today are thinking ahead to the time when their parents will no longer be able to take care of themselves. And with twenty-somethings in college or unable to land jobs that pay well enough for them to be self-sufficient, a spare bedroom is often at the ready for a child to come back to the nest.

Recent Census Bureau data, reported by USA Today, found that today’s average home has an area of 2,307 square feet. That is 50 percent more than the average house in 1973. The newspaper reported that while families—considered by the Census Bureau as people who are related—are smaller, households—defined as people living together regardless of relationship—have increased in size.

The newspaper quoted the findings of industry analysts not only that households often are multigenerational, with parents, children, and grandparents living under the same roof, but also that it is not uncommon for a friend to be living there as well. Siblings move in while they are going through a transition. Some divorced couples with children choose to live apart in the same home and to split child-rearing. 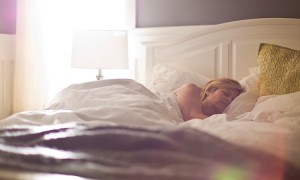 Are you looking for master bedroom ideas for your home or apartment in the Dallas-Fort Worth Metroplex? With the right color palette, fabric, accents, and furniture, you can turn a typical master...
Lindsey Chamberlain Jul 3, 2014 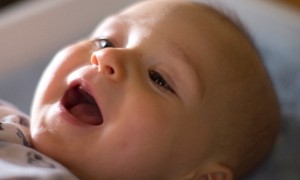 Are you searching for baby nursery ideas and decorating tips? Pregnancy is an exciting time, and many expecting parents in the Dallas-Fort Worth area want to create a serene, comfortable space for...
Lindsey Chamberlain Aug 19, 2013

4 Kitchen Remodeling Ideas for Dallas-Fort Worth...

Homes in the DFW Metroplex often feature large communal areas like living rooms and kitchens. When it comes to updating, kitchen remodeling is normally a sound investment for helping improve your...
Lindsey Chamberlain Aug 4, 2014
https://6nb29bly7g.execute-api.us-east-1.amazonaws.com/ProdStage