This year on Thanksgiving morning, before many of us are out of bed, thousands of people will meet to carry out a decades-long tradition. Now in its 29th year, the annual Redding Turkey Trot, taking place on November 27, has been a Thanksgiving highlight.

This year on Thanksgiving morning, before many of us are out of bed, thousands of people will meet to carry out a decades-long tradition. Now in its 29th year, the annual Redding Turkey Trot, taking place on November 27 this year, has been a Thanksgiving highlight for many local people. They come from all over to join the ” race,” which is just a stroll for some and an all-out competition for others.

The crisp morning air and the effort to get to the finish line is just what the body needs before the day’s Thanksgiving feasting begins. In this race, it doesn’t matter how it’s done or how long it takes to do it, as long as you touch that finish line.

This event has something to appeal to everyone: Parents, grandparents, and children of all ages can participate in either the six-mile run or the the two-mile fun run/walk. In the two-miler, you’ll see babies in strollers or wagons pulled by older children, as well as older people in wheelchairs or with walkers. (There are many locals who don’t register for the event but still want to “trot” along anyway.) People come in silly hats and turkey costumes, or they wear their original Turkey Trot sweatshirt. Colors and dates on the shirts change each year — and at this event, wearing a very old Turkey Trot shirt gives a person status and is a conversation starter. When first arriving at the starting location, the fun is in the mingling. Some people only see each other once a year at the race, and it’s fun to see them again.

All participants meet at the historical Diestelhorst Landing. The morning begins with the opening ceremony at 7:45 a.m. Shortly after the official opening is the Diestelhorst Dash, a quarter-mile sprint just for kids 8 and under. Each child is given a treat for participating. After the Dash, the six-mile wheelchair race will begin, followed by the six-mile run. The entire event concludes with the two-mile fun run/walk. At 10 a.m., the awards ceremony is held. The prizes in past years were Marie Callender’s pies for those who finished in record time. Everyone who crosses the finish line, however, receives a participation ribbon.

So dig out your goofy warm hat, put the turkey in the oven (or wear it!), and head to the Turkey Trot. Take the challenge or meander along; either way, you’ll be glad you went. It really does feel good to start the day by participating in an activity with your family, friends, or someone you haven’t seen in a year, and you’ll feel better about eating all the turkey and trimmings later. Register at the organizers’ page (cost for registration varies). Happy trotting! 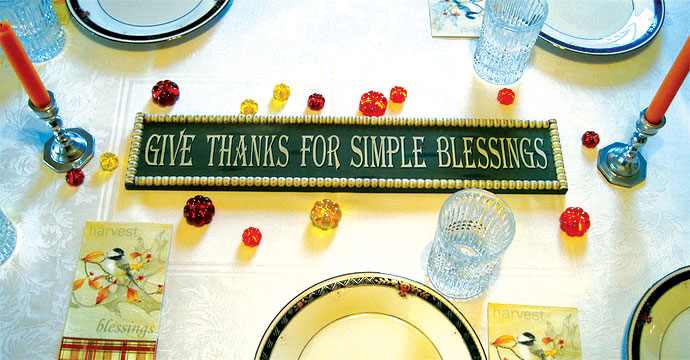 Thanksgiving is an occasion to be enjoyed with others. Instead of just one of us talking about Thanksgiving memories, traditions and even plans for this year, Gus, Lindsay and I sat down to share our...
David Marine Nov 21, 2013 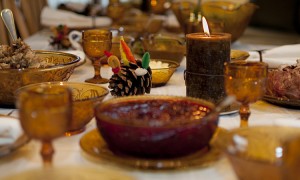 Thanksgiving Dinner to Go: A Guide for...

Does the thought of cooking for Thanksgiving fill you with dread? Leave the cooking to the pros and enjoy a Thanksgiving meal prepared by one of Philly's best restaurants. Dine in or make it look...
Amy Freeman Nov 21, 2014 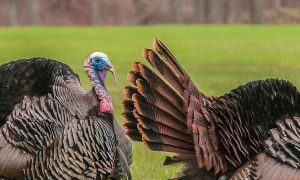