Sticking to Our Roots: The Colonial Home in Philadelphia

The modern colonial home is a popular choice in today’s real estate market; it’s especially desirable for young families wanting to move up from starter town homes to a larger living space and take advantage of the current low interest rate environment.

The modern colonial home is a popular choice in today’s real estate market; it’s especially desirable for young families wanting to move up from starter town homes to a larger living space and take advantage of the current low interest rate environment. Colonial style architecture has long been a major influence on homes in the Philadelphia area, dating all the way back to William Penn’s summer estate home, Pennsbury Manor, which was recreated in the 1930s as a historical revival and tribute to the founder of Pennsylvania.

Pennsbury Manor is a prime example of a colonial home in grand scale, with its stately brick exterior and symmetrical façade. However, the traditional colonial design is also visible among newer homes in the Philadelphia area, primarily in family-oriented suburban neighborhoods.

The typical colonial home has a center hall separating the living room and dining room, along with an eat-in kitchen and family room on the first level. The second level is often composed of four bedrooms, providing ample space for today’s families.

Originally, colonial style homes were built to meet the practical needs of the first American settlers. Back then, even the smallest homes had chimneys, given that residents had no electrical power. The fireplace served as a social gathering area and provided heat for cooking. Today, fireplaces are still an important feature of colonial homes, although in modern times many people prefer the ease and efficiency of gas over burning wood in masonry hearths.

Throughout the United States, colonial architecture is an expression of patriotism and a reflection of our citizens’ common heritage. Locally, potential home buyers seeking a residence in Philadelphia’s family-oriented suburban towns should consider a colonial home for both form and functionality. Older colonial homes are an affordable way for young families to relocate to some of the most highly desirable Philadelphia suburban areas, such as the quaint town of Swarthmore, the cultural district of Doylestown, or the historic Chadds Ford area. The centrally located West Norriton Township also offers many colonial home options.

The Best Ways to Add Privacy
How to Remove a Border, Philly-Style 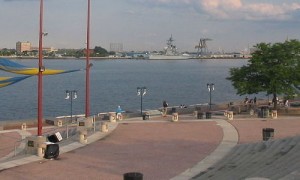 How to Bring the Philadelphia Waterfront and...

The Philadelphia waterfront, also known as Penn's Landing, is a very interesting and inspiring place to visit. This article provides tips for adding a touch of the nautical scenery of Penn's Landing...
Louise Gaillard Aug 19, 2013 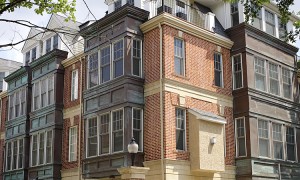 Philadelphia Row Houses vs. Brownstones: Which is...

How do brownstones and row houses differ? Philadelphia row houses are generally thought to be any residence that connects to other similarly sized and shaped homes, lined up along a city block while...
Jennifer A. DiGiovanni Oct 2, 2014
https://6nb29bly7g.execute-api.us-east-1.amazonaws.com/ProdStage