The 2015 World Series and The Importance of a “Homefield Advantage”

Congratulations to the two Homefield Advantage vets who are set to square off in the 2015 World Series: Jacob DeGrom and Lorenzo Cain.

The World Series is off to a thrilling start.  After a 14-inning nail-biter in game one on Tuesday, thousands will once again pack into Kauffman Stadium – a second home to Kansas City’s die-hards – to watch the Royals try to take a 2-0 lead in the World Series. However, all-star centerfielder Lorenzo Cain and the Royals have a hefty obstacle to winning game two; they have to do it against Mets ace starting pitcher Jacob deGrom.

Jacob deGrom has displayed a superhuman effort so far this post season. Some say his ability is attributed to his tireless effort and preparation, but we all know the extra power on his fastball really comes directly from his hair. It’s intimidating, awe-inspiring and there’s not a split end in sight. The New York Mets are hoping his hot hand cools down the potent Kansas City Royals lineup lead by Lorenzo Cain. “Lo-Cain” helped send the Royals to the World Series last year by winning the NLCS MVP award. This year, he only managed to bring them back to the championship game by putting his incredible athleticism on display and scored an improbable series winning run all the way from first base.

Jacob deGrom and Lorenzo Cain are not just a couple of the very best players in all of baseball; they are also members of the 2015 Home Field Advantage team. The Homefield Advantage Series highlights the sacrifices baseball players and their families make during the season. Since baseball players travel more than any other athlete, they have a special appreciation for the limited opportunities they have to be home with their families during the season.  Being in the World Series means being away from families for that much longer, but it is clear a strong support system at home is just as important to their success as any physical skill they may possess.

While Kauffman Stadium will be raucous Wednesday night, millions more will root for their teams in living rooms, dens and man caves or she sheds to watch the Kansas City Royals and New York Mets duke it out for baseball’s crown. Every October, memories of gathering with my family to watch baseball’s playoffs come flooding back to me. It reminds me of a time when I stood in front of the TV emulating each of my favorite players’ batting stances and swings, ran outside after school to get in the last few games of catch in the backyard before winter really came and shared tears – both of joy and heartbreak – over a baseball game with my family.  Judging from the excitement of game one, the 2015 World Series will be adding more memories to my collection. 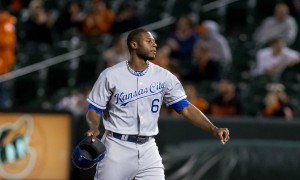 Kansas City Royals' Lorenzo Cain shows why the simple things at home are the most important to him and his family.
Sam Shalom May 11, 2015 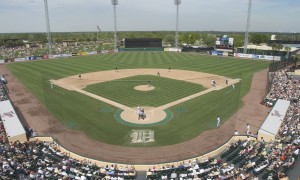