The Suburban to Urban Shift in the Washington, D.C., Metro Market

For the better part of a century there has been an order to our area’s housing markets, where suburban colonials and quarter-acre lots stood in contrast to loft-style condos sprinkled between old Victorian rowhouses on busy streets.

For the better part of a century there has been an order to our area’s housing markets, where suburban colonials and quarter-acre lots stood in contrast to loft-style condos sprinkled between old Victorian rowhouses on busy streets. The choice was simple: Do you set up shop in the suburbs or city? Almost like a ritual, the predictable progression from city to suburbia followed a pattern, repeated by generations of people living in Washington, D.C., resulting in vast, sprawling suburban communities across neighboring Maryland and Virginia. Traditionally, the formula has been that when you meet someone, you give up the apartment and move from your downtown dwelling to a small suburban house in your favorite school district, start a family, and eventually upgrade to a larger nearby suburban house. If you were really well off, you may add the step of building that new construction estate you always dreamed of, before finally relocating to a warmer place to spend the balance of your time enjoying retirement.

With a premium placed on land in what is already one of the most expensive housing markets in the U.S., people had to move further out to get the house they wanted, giving rise to fringe neighborhoods comprised of huge Colonial-style properties boasting more bedrooms and bathrooms than inhabitants, with wide open energy-inefficient spaces on large plots of land. The combination of a devastating recession, soaring energy costs, a focus on cutting commute time, and an attitude of “do more with less,” which has captivated younger generations, there has been a disrupting market shift in our area that seems to be gaining strength.

What I’m hearing from buyers and sellers in the market:

In my view, more people today want to live in smaller spaces in urban areas in a maintenance-free, energy efficient house with little wasted space, close to retail, restaurants, and mass transit. And yes, that means living 30 miles from the city center and commuting by highway or train is becoming much less appealing, too (thank you metro for making that an incredibly easy statement to make). That said, towns like Reston, Virginia, and Gaithersburg, Maryland, are making significant investments in these suburban planned town centers, which promise to bring the city lifestyle to the suburbs for those not interested in moving all the way downtown. Local developers are scrambling to find new ways to build mix-use communities comprised of apartments and small townhouses in traditionally suburban areas, but close to metro and other mass transit options. It is not uncommon to see families trade in the SUV and acreage and move to a more urban area, whether that would be to D.C. or one of the many planned mix-use projects in the surrounding counties.

So what does this mean for our housing markets?

Simply put, we are seeing a realignment of value for many homebuyers, where location and the lure of low maintenance living is far more appealing than the bigger, newer, estate-style properties found in the outlying areas of Maryland and Virginia — which in the not-so-distant-past stood as the benchmark of success on display. My listing appointments in 2005 were focused on how many bedrooms, bathrooms, square footage, and lot size when determining the value of a property. Often today I find the conversation shifting towards location, usable space, community access to retail, amenities, quality of finishes, and energy efficiency.

As a result, the city is getting a boost in activity, including in the rental markets because young people are staying put in their urban pads much longer than they used to. To that end, it is no longer unusual to see farmers markets in D.C. neighborhoods filled with strollers on a Saturday morning. Some believe we are living in an isolated period in time; soon to return to the good old days where three people living in a seven-bedroom McMansion on an acre of land meant you made it. However, many other experts (including myself) believe we have seen the beginnings of a new order in the D.C. housing markets where once again, location is king.

Jonathan Fox is a top-producing, Washington, DC based real estate professional specializing in marketing, staging, and real estate market trends. He is licensed in three states with over 10 years of award-winning industry experience, and has contributed to many local and national publications across a wide range of real estate topics throughout his career.

As a young professional and an industry leader, Jonathan brings a unique dynamic to challenging topics while always maintaining a practical, easy to follow approach. 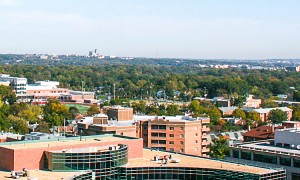 The “Real” Differences Between...

Virginia; Washington, D.C.; and Maryland are all subject to real estate laws and practices — each with a different take on taxes, contracts, land uses, and many other smaller nuances that can...
Jonathan Fox Oct 21, 2015 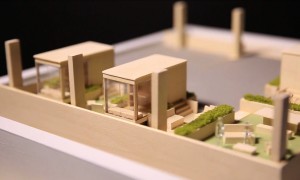 The next urban housing frontier – parking...

I have never once thought when pulling into a parking garage, “This space could be the perfect structure for housing.” But how could I not have? It’s so simple yet also genius and a team of...
Athena Snow Feb 13, 2014 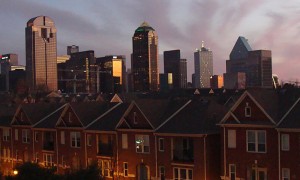 More and more Dallas residents are choosing a more urban lifestyle ... one which has really been over 20 years in the making. With so much to offer, it's easy to see why Dallas's Uptown area has...
Cody Farris, Dallas-Fort Worth Feb 12, 2015
https://6nb29bly7g.execute-api.us-east-1.amazonaws.com/ProdStage