10 Texas Sayings That Are Quintessentially Texan

Here are 10 Texas sayings that every true-blue Texan knows by heart. Whether or not you’re a Texan, you’ve no doubt heard these iconic sayings. Go on and give it a read, and brush up on your Texan talk.

There are some Texas sayings that every Texan knows by heart. Texans simply have their own way of talkin’. If you’re lucky enough to be a Texan, you no doubt have these iconic Texas sayings down pat. And if you’re new to the Lone Star State, here’s a rundown of the words and axioms you should immediately work into your vocabulary.

In place of hello, say “howdy.” It’s a greeting as Texan as cowboy boots and the Alamo. It’s friendly and casual, and it works quite well with a “y’all” at the end — howdy, y’all!

You’ve no doubt seen this phrase on everything from T-shirts to belt buckles. It’s been the unofficial slogan of the Lone Star State since 1985. While the rest of the country thinks it’s just a catchphrase, true Texans know it’s part of an anti-littering campaign.

It’s true. Everything is bigger in Texas, from people’s hair to their pickup trucks. Dallas leaves no doubt that it’s a big, bold city — it installed giant letters B and G throughout the city. Tourists can stand in between the letters for one big (and cool) photo opp. Which leads to the next famous Texas saying …

You’d use this expression when you want to say something is immediately noticeable. “Look at him up there bigger’n Dallas!”

This is basically the state verb of Texas. There’s really nothing to fix, though — this Texas saying means that you’re about to do something. Example: “I’m fixin’ to leave.”

This means to a great degree, exceedingly, or as much as possible. As in: “She was happier’n all git-out!”

8. This ain’t my first rodeo

When you’ve been there and done that, this is the Texas saying you’d use. It means you’re no fool. You know exactly what you’re doing.

You don’t want to mess with a Texan who’s throwing a hissy fit. This is an all-out tantrum with hollerin’, feet stompin’ — the works.

Texans never ask for a soda, soft drink, or pop. It’s Coke — no matter what kind of carbonated refreshment they want.

What It Means To “Talk Texan”

What goes into talking Texan? A lot of things: syntax, cadence, pronunciation, and vocabulary. Most important to remember is that the “g” in the suffix “ing” is silent — therefore, “fixing to” becomes “fixin’ to.”

That traditional Texas twang — think Matthew McConaughey’s slow, Southern drawl — is evolving, though. Researchers at UT Austin found that about 80 percent of Texans had a classic Texas accent in the 1980s. Only about a third of Texans do today.

The unique Texas dialect may be evolving, but these 10 iconic Texas sayings endure. And if you’re moving to the DFW area, get ready to hear them on a regular basis.

Audrey Sellers is an award-winning, Dallas-based writer and editor with a background in marketing and promotions. She’s a former magazine editor turned blogger who’s a pro at crafting all kinds of engaging content: blog posts, case studies, feature stories, social media content, and more. When her fingers aren’t flying on her laptop, she’s busy not relaxing with her husband and two young kids.

When you take on a project to build a wine rack, you want to make sure that it is both functional and decorative. They say that things are bigger and better in Texas, so why not build a wine rack...
Suzanne Gattis Jul 15, 2013 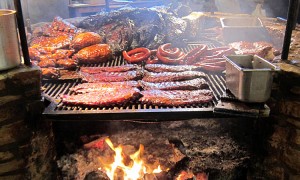 When it comes to good eats in the Lone Star State, barbecue is where it's at. Texas boasts some of the best BBQ in the country. Have a look at the five top places to get your fill of Texas barbecue....
Audrey Sellers Dec 3, 2014 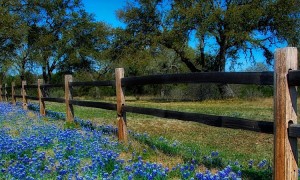 Achieving a Texas theme can be as simple or minimal as you like. With just a few rustic elements that bring in shapes and colors that relate to Texas and its history, you can easily add Texas flair...
Lindsey Chamberlain Dec 5, 2014
https://6nb29bly7g.execute-api.us-east-1.amazonaws.com/ProdStage