When it comes to good eats in the Lone Star State, barbecue is where it’s at. Texas boasts some of the best BBQ in the country. Have a look at the five top places to get your fill of Texas barbecue. Mosey into these places and you won’t leave hungry!

There are many things Texas gets right — and one of those things is BBQ. Texas boasts some of the best BBQ in the country. There’s a reason it’s the unofficial state cuisine — it’s good. Dang good.

Texas has long been one of the country’s most celebrated barbecue regions. About 10,000 years ago, the Caddo Indians smoked different meats over smoldering wood. In the 1600s, Spaniards brought herds of grazing animals, which they used for labor and for, well, slow-roasting over an open flame. Then came the Mexicans with barbacoa: seasoned meats wrapped in leaves and buried with coals and hot rocks.

Other states may have a penchant for pork, but in Texas, beef is where it’s at: slow-cooked, melt-in-your-mouth beef brisket. Texans like to serve it market-style, which means sans barbecue sauce. It’s most often served with a thick slice of Mrs. Baird’s bread, and with all the best BBQ fixin’s: potato salad, coleslaw, and pinto beans.

Here’s a rundown of Texas’s top spots for barbecue bliss:

Hailed as one of the top BBQ joints in the world by Texas Monthly, Pecan Lodge keeps its wood-fueled BBQ pit burning 24 hours a day. They grind and stuff their own sausage, and they make everything they can from scratch — from mac & cheese to collard greens.

At Lockhart Smokehouse, the saying goes: “No forks! No sauce!!” You just don’t need these frivolities when the barbecue is that good. Diners can order their brisket exactly how they like it: lean, moist, or fatty. Two kinds of sausage — original and jalapeño cheddar — are flavorful enough to send any Texas BBQ lover over the edge.

Just minutes from Dallas-Fort Worth International Airport, North Main BBQ is undoubtedly the first stop when Texans arrive back home. They can load up on all-you-can-eat, slow-cooked, hickory-smoked meat (and all the sides) for about $15.

The beef ribs keep hungry Texans coming in droves to Louie Mueller Barbecue, the authentic Texas barbecue establishment founded in 1949. Some say the beef is more buttery than a croissant. It’s worth finding out for yourself.

When you have an appetite as big as Texas, there’s nothing like some authentic barbecue to hit the spot. Stop by one of these beloved barbecue joints and get your fill of some of the state’s best BBQ.

Audrey Sellers is an award-winning, Dallas-based writer and editor with a background in marketing and promotions. She’s a former magazine editor turned blogger who’s a pro at crafting all kinds of engaging content: blog posts, case studies, feature stories, social media content, and more. When her fingers aren’t flying on her laptop, she’s busy not relaxing with her husband and two young kids.

Dallas vs Fort Worth: Which Is Right for You?
Unique Dallas and Fort Worth Real Estate Considerations 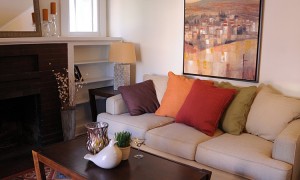 The Ultimate Texas Decor to Dress Up Your...

If you're an apartment dweller, it's easy to use Texas decor to add a pop of personality and state flair to your space. The key is to look for items with Texas style that you would buy anyway, such...
Audrey Sellers Feb 3, 2015 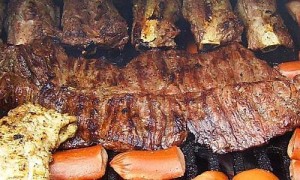 Outdoor living is inevitable in Dallas-Fort Worth, with its mild winters and an abundance of bright sunny days, You can add some value to your home by updating your outdoor living space with one of...
Tammy Valentine Sep 30, 2013

Some of the most quickly growing communities in the Dallas-Fort Worth Metroplex are the outlying small towns that are hanging onto their individuality and values. Here are some of the rural...
Tammy Valentine Sep 24, 2013
https://6nb29bly7g.execute-api.us-east-1.amazonaws.com/ProdStage