The Most Affordable Real Estate Market in the Country is…

Detroit was crowned America’s most affordable real estate market by this year’s Coldwell Banker Home Listing Report (HLR). Find out why The Motor City is undergoing a real estate renaissance.

Detroit is home to 4.3 million residents, making it the second-largest metropolitan area in the Midwestern U.S. As one of America’s oldest cities, Detroit has a rich history and is the heart of the American automotive industry. Today, the city was also named America’s most affordable real estate market.

Coldwell Banker ranked over 2,000 U.S. cities in its 2016 Home Listing Report. The report compares the average listing price of four-bedroom, two-bathroom homes markets across the country to offer a glimpse of what a home in one city might cost if it were located somewhere else. The average price of such a home in Detroit was $64,110, where homebuyers can purchase 38 homes for the price of one in the country’s most expensive market, Saratoga, CA. Detroit is in the midst of a major revitalization after being hit hard during the 2008 financial crisis. The iconic Motor City serves up culture, entertainment, top-notch education and plenty of commercial space to stimulate small business. There is a large stock of housing available in Detroit, so the market is poised to blossom and reinvigorate the city.

John North, chief executive officer of Coldwell Banker Weir Manual in Bingham Farms, MI says, “The city of Detroit has been experiencing a renaissance in the last few years. Due to an invigorated community, culture and resurgence of young professionals, more and more people are looking to Detroit as an affordable place to settle and lay down roots.”

Check out this four-bed, three-bath home in Detroit listed for $50,000: Tweet: Large stock of homes in Detroit means housing market is poised to blossom & reinvigorate the city via @coldwellbanker http://ctt.ec/gjc3t+ 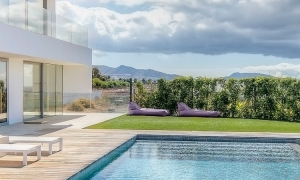 The Most Expensive Real Estate Market in the...

Coldwell Banker released this year’s Home Listing Report (HLR) and each of the top ten most expensive cities were in California. Saratoga, CA took the top spot. Here’s why.
Athena Snow Sep 8, 2016

As I was thinking back, it occurred to me that I purchased my home 40 years ago this year. It was 113 Oconee Drive in Spartanburg, South Carolina. The year was 1970 and I bought it (with some help...
Bluematter Sep 21, 2010