Americans are Prioritizing Homeownership Over Other Luxuries

Over the past year, the real estate market has remained strong as Americans showed significant interest in homeownership. In fact, 82% of unmarried Americans would rather invest in a home than pay for a big expensive wedding, according to the latest Coldwell Banker survey.

So, who are these new home buyers? Coldwell Banker recently commissioned this survey, conducted by The Harris Poll, to explore what’s on home buyers’ and sellers’ minds as we close out this record year for real estate amid a market bound by tight inventory.

The findings suggest that more and more Americans of varying demographics are aspiring to homeownership, so much so that they are willing to prioritize their goal of homeownership over other luxuries and financial goals.

Young Americans are leveling up

45% of Gen Zers and Millennials between the ages of 18-44 reported that owning a home is an important financial goal for them, compared to only 30% of Americans over the age of 55. Younger generations of Americans are reaching a stage in life where they’re looking for their own spaces as they begin settling into education, careers, marriage and starting families. All of which require more space and more stable living arrangements.

Renters are looking to trade temporary arrangements for more permanent ones. Of Americans who are currently renting, almost half (47%) indicated that homeownership is a significant goal for them. They’re seeking a place they can own rather than rent and will need guidance from experienced Coldwell Banker affiliated agents to make the leap into homeownership.

Homeownership over marriage, vacations and student debt? It’s more likely than you think.

This latest survey also set out to find which financial goals Americans would prioritize, and the results might be a surprise.

The survey found that a significant amount of Americans value homeownership more than other financial goals such as big weddings, dream vacations and even paying off student debt. For example, 42% of self-identified Hispanic Americans indicated that owning a home is so important that it takes precedence over every other financial goal. Additionally, it found:

After a year of missed celebrations for some of life’s biggest events, where all we had was home, it might be a sign of the times that more people are prioritizing personal space.

Americans are aspiring towards homeownership

As Americans of varying backgrounds become more interested in making the idea of homeownership a reality and start entering the market, it’s important for them to have a trusted advisor guiding them every step of the way.

If you’re ready to pursue to the dream of homeownership, visit http://www.coldwellbanker.com/ to find your neighborhood Coldwell Banker affiliated agent.

George Hackett Retires After 37 Years with Coldwell Banker
Wedding or Homeownership? Unmarried Americans Would Prefer to Invest in a Home, According to Coldwell Banker Survey 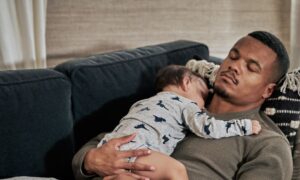 Millennials Have More in Common with Their... 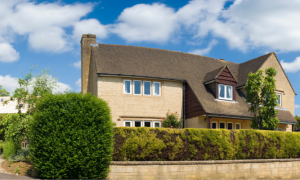 Government Help for Home Buyers: The Case for...

In the first post of our series, we'll explore why the government is committed to supporting American homeowners and what this means for prospective home buyers.
Les Christie Dec 7, 2016 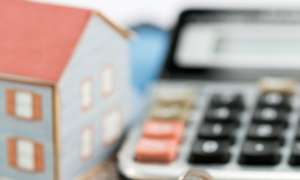 How Much House Can You Afford?

Learn how much you can afford on a mortgage for a new home. Coldwell Banker real estate agents will help you meet your budget and find the perfect home.
Sharon Lee Oct 2, 2018
https://6nb29bly7g.execute-api.us-east-1.amazonaws.com/ProdStage