SHARE   Coldwell Banker Realty is home to some of the most talented, compassionate and inspiring people you could ever meet and George Hackett, president of Coldwell Banker Realty in Pittsburgh, is one of them. For nearly four decades, he has exemplified a legacy of shepherding agents, management and staff with passion, dedication and expertise […] 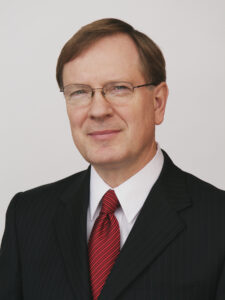 Coldwell Banker Realty is home to some of the most talented, compassionate and inspiring people you could ever meet and George Hackett, president of Coldwell Banker Realty in Pittsburgh, is one of them. For nearly four decades, he has exemplified a legacy of shepherding agents, management and staff with passion, dedication and expertise to help them strive to be the best versions of themselves at work while helping clients realize their home ownership dreams.

On December 31, 2021, George will spend his final official day as the legendary leader of Coldwell Banker Realty in Pittsburgh, representing more than 12 offices and approximately 1,100 affiliated agents. He will remain with the company until the end of March 2022 to fully transition his role.

Born and raised in the Pittsburgh region, George grew up in Penn Hills, attended Clarion University, where he met his wife Teddi, and then attended Duquesne University in Pittsburgh for his master’s degree in counseling. Shortly after marrying in 1973, George began to work part-time in real estate sales to supplement his salary as a high school history teacher and track coach.

Six months into his marriage, he was affiliated with Vanguard Hosack Real Estate and by his second year of part-time sales, he was making five times his teacher’s salary, so he left that behind and stuck with real estate by opening a second office in North Hills for Vanguard Hosack. The company flourished under his leadership and ten years later, in 1984, with eight additional offices opened for Vanguard Hosack, national real estate brokerage NRT acquired the company and Vanguard Tarquinio, branding both Coldwell Banker Real Estate Services and appointed George at the helm as president.

Along the way, George served as president of the board of Western Pennsylvania Multiple Listing Service numerous years. He was also instrumental in the brokerage’s charitable contributions to Make-A-Wish® of Greater Pennsylvania and West Virginia, topping more than $1.1 million in donations for the charity from 2007-2020. His caring nature also led the agents and staff to contribute to local food banks, hold toy drives and host various events to raise awareness and funds for local charities.

Nearly four decades later, hundreds of grateful employees, thousands of successful agents and too many happy homeowners to count, George has proven that these relationships are the gift that keeps on giving and it’s his compassion for others that have made the company a success.

Accolades from his leadership team:

“George shares his passion for the real estate industry with everyone he meets. We are blessed that he has been a part of the Coldwell Banker family to provide mentorship to so many affiliated agents throughout the years and has been a leading example to motivate and inspire agents and employees along the way. Please join me in celebrating George’s retirement and all that he has done to support others throughout his Coldwell Banker journey.”

“For nearly four decades, George has been a pillar of Coldwell Banker. He was instrumental in guiding me when I was just starting out in Pittsburgh as a real estate agent, and he has been my friend and advisor as I have transitioned over the years into my current role. I count myself lucky to call him my friend and want to extend heartfelt wishes to George for his leadership, philanthropy, and most of all, his dedication to the Coldwell Banker family.”

“George’s accomplishments speak volumes, and the positive impact he has had on Coldwell Banker Realty agents and employees is best viewed in his daily interactions with them. He often prefers to credit those around him for his success, so I want to echo everyone’s gratitude for his mentorship, professionalism and love of Coldwell Banker.”

George’s incomparable legacy leaves a lasting impression on both Coldwell Banker and the real estate industry for decades to come. His retirement is exceptionally well-deserved, and his friends, family and colleagues are supremely proud of him and excited to celebrate his retirement with him.

Wedding or Homeownership? Unmarried Americans Would Prefer to Invest in a Home, According to Coldwell Banker Survey
Jillian Klaff, A Leading Westport Real Estate Agent, Affiliates With Coldwell Banker Realty

Pittsburgh is Livablest of Them All