Government Help for Home Buyers: The Case for Home Ownership

In the first post of our series, we’ll explore why the government is committed to supporting American homeowners and what this means for prospective home buyers.

If there’s one thing the otherwise deeply divided political parties agree on, it’s to provide ample support to help Americans buy and keep their homes.  Indeed, the feds spend approximately $140 billion a year in direct and indirect aid for homeowners and buyers.  And these programs have been largely successful at accomplishing their objective — to promote homeownership.

The case for homeownership

Owning a home has been called “The American Dream.” Politicians, economists, and policy mavens of many different viewpoints have unabashedly lauded its virtues. Just why is homeownership held to be such a high ideal?

While scholarly works on the impact of homeownership are not extensive, researchers have suggested that homeownership does contribute outsized social benefits to the community. Homeowners, for example, are more likely to vote and participate in other political activities. They’re more involved in community improvement projects, and their children tend to do better in schools. Communities with high levels of homeownership also tend to be safer.

Individual homeowners report having higher levels of satisfaction and self-esteem. They feel they have more control over their lives. Moreover, according to Julian Castro, Secretary of the U.S. Department of Housing and Urban Development, homeownership has always had a more tangible benefit for Americans.

“Generation after generation, the primary vehicle to create wealth in our country has been through homeownership,” he said.

The net worth of homeowners tends to be a multiple of that of renters, even for families with similar household incomes. According to the Federal Reserve Board, owners with incomes of $80,000 or more claim a net worth of about $450,000 versus renters with similar incomes having a median net worth of less than $88,000. Data is similar for other income levels as well.

The added wealth for individuals benefits the nation as a whole. Assets such as home equity can be used to pay for college educations or starting small businesses, both of which can mean a brighter financial future for the homeowners while contributing to the strength of the economy.

Harvard professor Henry Louis Gates summed it up saying, “People who own property feel a sense of ownership in their future and their society. They study, save, work, strive, and vote. And people trapped in a culture of tenancy do not.”

Thanks, in part, to overall prosperity as well as the many programs designed to make achieving and retaining homeownership easier for millions of Americans, homeownership rates rose for years. Post-housing crash, however, the percentage of homeowners in the general population has dropped to about 63.5% from more than 69%. But the housing market now seems to be well on the road to recovery and homeownership rates are likely to rise again going forward as the economy continues to grow.

Government programs will help push the homeownership rate up. That help for homeowners can be categorized in two ways: Policies and programs that make it easier to afford to buy homes and help that makes it easier to keep them.

Next: Have we got a deal for you. Help for homebuyers

The Secret to Saving a Fortune on Rugs for Your Home
Winter is Coming. What Shape is Your Roof In? 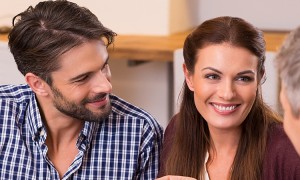 Are you thinking of buying your first home? You can take advantage of a number of first-time buyer assistance programs, which help cover some costs associated with the buying and home ownership...
Amy Freeman Oct 31, 2016

We asked you to tell us your ideal home size. For some, it’s 337 square feet. Others find that 5,000 square feet is still too small.
Victoria Keichinger Nov 8, 2016
https://6nb29bly7g.execute-api.us-east-1.amazonaws.com/ProdStage